Shares of Facebook Inc. (Nasdaq: FB) have plunged more than 10% this week, but we'll show you a strategy to maximize profits on the stock...

"For the long haul, I still believe in this stock and see this as a great buying opportunity for tech investors," Money Morning Director of Technology & Venture Capital Research Michael Robinson told me today.

"It does look like a classic overreaction. It seems as though Wall Street is panicking... but at this point, it's a lot of speculation."

And when Robinson talks about Facebook stock, we listen, because he has helped our readers make a lot of money from it. 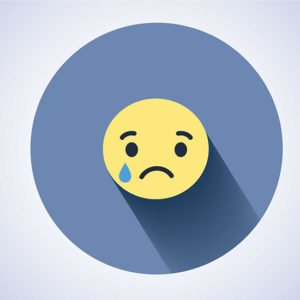 Even with the stock price dropping over 5% this morning, our readers are still up 55.48% since Michael's November 2015 prediction.

However, watching the share price drop 10% in the past two days is jarring.

And as I told readers on Feb. 6, there are three major reasons why the FB stock price can fall. One of them, like we're seeing now, is a public relations crisis that worries shareholders.

Today, I'm going to give you a brief rundown of the data scandal that sent the FB stock price plummeting by double digits since the start of the week.

I'm also going to show you exactly how to not only minimize your losses, but maximize your gains when something like this occurs...

Here's what went down...

The data in question was properly gathered by a psychology professor, according to CNN.

However, the data was then passed along to Cambridge Analytica, which is against Facebook's rules. Cambridge says it destroyed this data.

Of course, FB users are worried about protecting their private data.

But Wall Street is more worried about how this could impact Facebook's future ad revenue...

You see, if Mark Zuckerberg's company is hit with tougher data protection regulations, that could limit the information Facebook shares with advertisers. If advertisers don't have a clear picture of who they can reach in their ads, they will spend less money.

It also looks shady that Zuckerberg sold 4.9 million shares so far this year. Hearing that statement on its own makes it sound like he knew something bad was coming for his company.

"Meanwhile, Facebook executives are not exactly sending a reassuring message to investors by unloading their shares at a rapid clip," CNBC said in a March 18 report.

However, as our readers know, this is part of a predetermined plan to fund his philanthropic investment, the Chan-Zuckerberg Initiative.

Of course, the timing is unfortunate, but we don't want our readers to get wrapped up in the "Zuckerberg sold shares before this happened" storyline.

There are also several more negative headlines being piled on right now, including Zuckerberg not addressing the issue, a #DeleteFacebook movement on other social media sites, and a possible FTC investigation.

We don't have a crystal ball to see how this will play out, but we do know Facebook has enough revenue sources and advanced tech that it's still one of the best stocks to own.

Whether it's Facebook generating $9.5 billion from Instagram by 2021, or Facebook turning into a VR leader in the $21.8 billion VR market through its purchase of Oculus Rift, the fundamentals for massive revenue growth are all still there.

And when I asked Robinson, he told me he still feels confident about his $250 Facebook price prediction...

"I doubt that Congress could pass significant legislation sharply curtailing Facebook, Twitter, and Instagram. I'd also be surprised to find that the data mining operation somehow violated the firm's user agreement; so I'm not worried to hear the FTC may pose some questions to Facebook about its earlier consent decree. Of course, we're talking politics, not legal data, use in a tech-centric society, so that's weighing on the stock."

And we'll show you how to limit your losses - and, most importantly, maximize your gains as the FB stock price tumbles.

Every Facebook Shareholder Needs to Read This, Right Now