The Dow Jones today projected a 300-point loss in pre-market trading after U.S. President Donald Trump warned Russia to "get ready" for the United States to retaliate against recent gas attacks carried out by the Syrian government. Prior to the president's tweets, markets were already trending lower, as new reports indicated that the special counsel investigating the president seized documents concerning the financial relationship between President Trump and Michael Cohen, the president's personal lawyer.

While much of the market is likely to fall in the wake of bad news, Facebook Inc. (Nasdaq: FB) is setting itself up for gains. Yesterday (Tuesday), the company had its best trading day in two years after CEO Mark Zuckerberg appeared before Congress yesterday. Many investors cheered Zuckerberg's testimony and will look for more positive momentum today as he reappears before Congress for a second consecutive day. In fact, investors have a unique opportunity to buy Facebook stock now at a solid discount. Find out why here...

Today's sharp downturn in the markets proves the importance of having insurance for your investments. With President Trump's unpredictable policy making political waves, a tsunami of bad news could hit the market at any time. Add this critical factor to just how expensive stocks are these days, and you have a scenario where another 1,000-point loss could come at any day. That's why Money Morning Resource Specialist Peter Krauth has identified a very inexpensive way to protect your money. In fact, this "insurance play" will pay you three times the premium. 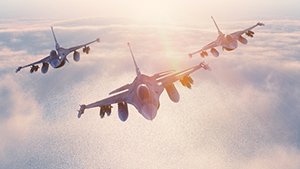