The Dow Jones today traded 80 points lower in pre-market trading as the U.S. Federal Reserve kicked off its quarterly Federal Open Market Committee meeting. Markets anticipate that the Fed will hold off on raising interest rates until June. While interest rates are likely to remain unchanged, investors are paying close attention to any changes in the rhetoric used to describe the state of the American economy.

As the Fed prepares to adjust monetary policy, Money Morning Liquidity Specialist Lee Adler is keeping a close eye on the Fed's move to sure up the liquidity of the nation's cash supply. Lee sees the market turning increasingly volatile as the Fed gets involved - creating a few key profit opportunities. Check out Lee's thinking here...

Earnings season is well underway. And if you're looking to make real money, the time to get started is now. Money Morning Quantitative Specialist Chris Johnson argues that the markets are at a tipping point. And with just a few smart plays in today's classic stock-picker's market, you can pull in triple-digit gains with just a small investment. Read those picks, right here. 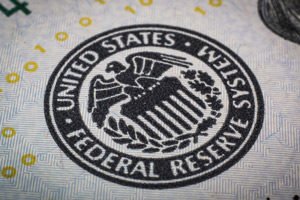