Chatter about an Apple self-driving car had mostly died down until a well-regarded analyst revived it with a vengeance earlier this month.

In an Aug. 14 note, TF International Securities analyst Ming-Chi Kuo -- who has a reputation for being right about what Apple Inc. (Nasdaq: AAPL) has in its pipeline - predicted a car will be the company's "next star project."

Kuo forecast the Apple Car would debut between 2023 and 2025 with the potential to be as disruptive to the auto industry as the iPhone was to the mobile phone industry. 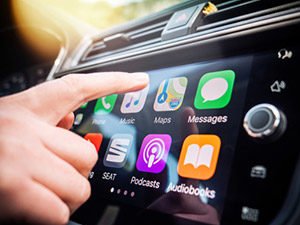 Rumors of an Apple car have percolated since early 2015, when a van with obvious self-driving technology was traced to the Cupertino, Calif., tech giant.

Since then, analysts and pundits alike have struggled to figure out what "Project Titan" - Apple's internal code name for the endeavor - would ultimately produce.

Clues have been sparse and sometimes contradictory.

It seemed clear the company had every intention of becoming an auto manufacturer when it was revealed in 2015 that Apple was hiring auto tech and design experts and had plans for recruiting up to 1,000 people to staff the effort.

But since then, there has been a strange mix of reports on the Apple self-driving car project. Executives came and went. There were rumors of partnership talks with manufacturers like BMW and Mercedes Benz that never bore fruit.

The "common wisdom" on Project Titan veered from an actual self-driving car to just the technology for one (which Apple presumably would license) and back to an actual car again.

But when you think about it, neither one of these options make sense...

Why You Won't Be Buying an Apple Self-Driving Car

Kuo's research note gave renewed credibility to the idea that Apple is indeed building an auto for sale to the public.

Apple did briefly toy with the idea, but according to The New York Times, it kept running into roadblocks. Plans for a manufacturing plant gave way to a mostly futile search for a partner to build a car designed by Apple.

Eventually, a partnership did emerge with Volkswagen. But for now, it appears to be limited to a project aimed at refitting T6 vans as electric self-driving shuttles tasked with transporting Apple employees between its two Cupertino campuses.

Beyond the manufacturing complications, selling cars is not nearly as profitable as selling iPhones, iPads, and related services.

Operating margins for the world's biggest automakers typically range between 3 and 8%. They're not much higher for aspirational brands. BMW's operating margins are about 10 to 11%.

But Apple's operating margins are three times that, usually falling between 27 and 30%. Even if Apple charged premium prices - pretty much a given - the margins on auto sales wouldn't come close to what the company gets from its other segments.

Then there are those who believe Apple is working on a package of self-driving car technology it will sell to automakers.

That's not likely, either...

Every Industry Is Wary of Apple

When The New York Times reported the Apple-Volkswagen collaboration on the self-driving shuttles, it provided some enlightening background on why the company's talks fell through with other automakers.

Most were reluctant to hand over too much control to Apple. They were concerned about Apple's dominant brand diluting their own, as well as which company would own the customer experience and relationship.

That's not surprising. Ever since Apple upended the music industry with iTunes, it has had a hard time convincing other large companies to enter into partnerships in which Apple will have significant control over the user experience.

In addition to its struggles with automakers, Apple has also had little luck making deals with video content providers to fulfill its Apple TV aspirations.

So if Apple were able to develop compelling self-driving technology, it would have a tough time lining up customers. Any automaker that didn't use its own homegrown tech would likely opt for that of another third party, such as Alphabet Inc.'s (Nasdaq: GOOGL) Waymo, that would pose fewer headaches than an Apple partnership.

After all, no one doubts the existence of Project Titan at this point.

I believe there's a third option - the one option that best matches Apple's strengths and profitability requirements.

And it's the only explanation that fits everything we know...

This Apple Car Project Would Really Move the Needle

Such an insightful article. Thank you for sharing. :)

You are right according to the current situations, vehicles have become faster and smarter in the last decades and adoption of advanced car safety features. This article is a great guideline.

Heard of Alan Knuckman? He is undefeated. Look him up or google his name in computer. He is 23 for 23.