The Dow Jones Industrial Average fell slightly in pre-market trading as investors weighed the impact of the ongoing trade war escalation between the United States and China. This morning, China's Premier Li Keqiang said during World Economic Forum conference in China that his nation is facing "greater difficulties in keeping stable performance of the Chinese economy." 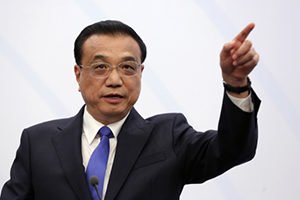 Markets were optimistic after Chinese Premier Li Keqiang said that China will not "go down the path of stimulating exports by devaluing its currency." Many traders were concerned that China would weaken its currency in order to make its exports more attractive and to reduce its pain from the U.S. tariffs.

If you're reading this... you might already be rich. The question, of course, is how can you stay rich and build life-changing wealth. The answer is simple. You stop listening to the talking heads in the press, and you start buying rock-solid companies that will provide strong income and help you protect your nest egg.

Money Morning Special Situation Strategist Tim Melvin provides his latest list of stocks that will help you get rich... and stay rich. Check them out right here.

Ever since America's No. 1 Pattern Trader Tom Gentile started trading for a living, he wanted to recreate that feeling of the Friday payday, of heading into the weekend with some extra scratch in his pocket - without having to bust his butt for 40, 50, or 60 hours to get it.

But those Wall Street bigwigs didn't get access to the breakthrough system that we're about to tell you about now - the system that gives Gentile the opportunity to identify and recommend three extra money-doubling opportunities every single week, all year long.