That has investors excited about the chance to own Endeavor stock. It's Hollywood's largest talent agency, after all. But while that's exciting, the Endeavor IPO could be risky for retail investors. 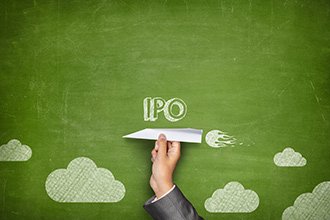 Instead, Money Morning has a backdoor play on Endeavor stock without the risk. And we'll show you that shortly.

But first, here's everything you need to know about the Endeavor IPO and why you should avoid Endeavor stock for now...

Here's What Endeavor Group Does

Based in California, Endeavor Group Holdings was created as the result of a merger. Endeavor Talent Agency and 121-year-old William Morris Agency combined operations in 2009. Since then, the company has expanded to selling media rights to over 160 countries.

Its co-CEOs are former Endeavor Talent Agency executives Ari Emanuel and Patrick Whitesell, both of which were on Fortune's 2010 "Businessperson of the Year" list.

Endeavor is the owner of UFC and Miss Universe. Yet it also has its hands in much more. The talent agency represents theatres, television, movies, music, e-sports, the NFL, and the NHL. And it even dabbles in e-commerce and digital publishing.

It's partnered with companies such as Vice Media, and it also works with Zumba Fitness, Seth MacFarlane, and Coachella Music Festival.

As of 2012, Silver Lake has a 51% minority stake in Endeavor Group Holdings. However, Endeavor has done some investing itself as well.

And beyond investing and representing major brands, Endeavor works in philanthropy. Endeavor assists disadvantaged kids with art and education through its WME Foundation.

Some big names have worked with Endeavor's foundation too. They include Charlize Theron, Alicia Keys, Hank Azaria, and Usher. Even Dwayne Johnson has invested in the company.

So, Endeavor is more than a talent agency. With its hands in so many different industries, it's developed into an empire.

But Endeavor's financial situation is a bit deceptive.

Here's What Endeavor's IPO Reveals About Its Financials

Its IPO also revealed it would be filing under the Endeavor stock ticker "EDR" on the New York Stock Exchange. Yet no Endeavor stock price or IPO date is available.

But Endeavor's IPO filing showed it would offer $100 million in shares. These shares include Class A common stock, Class B stock, Class X stock, and Class Y stock. But it's important to note MarketWatch says that will change within a few months.

Outside of Class B shares, the rest offer varying degrees of voting rights. Class A and X stocks will have one vote per share, while Class Y stocks will give owners 20 votes for every share.

The complex share structure is no surprise since many IPOs are designed to reward early investors. And Endeavor has several big names to please.

And sure, this makes Endeavor stock sound like a "must buy" at the IPO, but its financials are much weaker than they appear.

Endeavor has a long-term debt of $4.6 billion. Beyond that, its liabilities are roughly $7 billion. This is due to franchise depreciation, discontinued operations, mergers, and write-offs.

While the company reported positive net income in 2018, this was due to a major sell-off. In fact, its net income was a positive $231 million as a result of selling its IMG college sports marketing unit. And it sold for $400 million. This means its operating expenses are still well above its actual income.

Yet its financial health isn't the only risk factor for investors. In fact, there's controversy swirling around Endeavor on two fronts...

In 2017, action-star Terry Crews spoke out about an incident with Adam Venit, head of Endeavor's motion picture department. Crews said that at a work party in 2016, Venit had groped him.

This immediately sparked backlash online. Shortly after Crews spoke out, Endeavor launched an internal investigation. This resulted in Adam Venit receiving unpaid leave for one month.

Venit eventually returned to work, and Crews' lawyers have been filing suit against him ever since, even requesting that he take accountability for his predatory and sexual behavior.

And the controversy goes further than allegations over sexual assault.

Once Endeavor shifted into content production and investing, conflicts of interest popped up.

In fact, there's an ongoing dispute between the Writer's Guild of America (WGA) and Endeavor right now. The WGA wants to break a 1976 agreement between writers and agencies for writers to work with other agency clients.

Writers believe the agents will strike deals to cash in on their own interests, while writers get the short end of the stick with deals.

But we have a safer backdoor investment for Endeavor stock instead. This play can help investors get in on early IPOs without dealing with the volatility.

Here's Our Backdoor Play on the Endeavor IPO