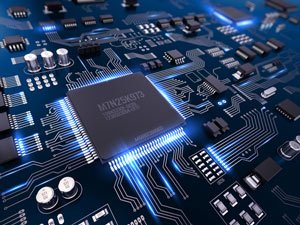 And on the supply side, companies like Qualcomm Inc. (NASDAQ: QCOM) and Intel Corp. (NASDAQ: INTC) have lines of production in China - these are gradually obstructed by tariff increases.

But in addition to new infrastructure, chips will be needed to power the growing pool of 5G-connected devices - not just phones and computers, but wearables, cars, home assistants, and much more.

So 5G isn't just an emerging sector - it's actually something that's going to permeate every sector of society.

This first one is poised for 33% growth - not huge like our best chip stock, but not something you want to pass up...

But Apple is also a client of our next company - and this stock expects to add 64%. Not bad for being our No. 2 best chip stock to buy...

A high VQScore tells us its price is ready to jump at any minute. Here's our 152% gainer...