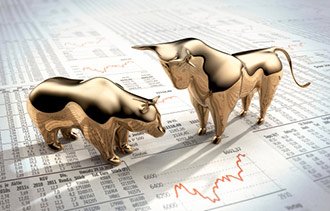 Just Released: Our new Premium Stock Pick not only held its ground against the COVID-19 market sell-off, it actually gained in value. And it's going to keep climbing on a major new catalyst. Get the pick for free here...

While grim news for fans of high-yield dividend stocks, it's possible to avoid much of the carnage by putting your money into the companies least likely to cut their payouts. And with share prices down, yields have been pushed higher - making this an excellent time to grab such stocks.

Here's what we came up with...

This Big Pharma company was spun off from Abbott Laboratories (NYSE: ABT) in 2013. Although in 2023 it will lose U.S. patent protection on big moneymaker Humira - the world's best-selling drug - the company has been making moves to prepare for that day. It has several immunology and cancer drugs, namely Skyrizi and Imbruvica, that are evolving into major moneymakers. AbbVie also completed its $63 billion acquisition of Allergan this month. Allergan adds 120 new products, headlined by the blockbuster Botox, as well as 60 more in the pipeline. With steady, solid growth expected for years to come, ABBV is a textbook income stock.

You may know this company better as investment management firm Franklin Templeton. It's a Dividend Aristocrat, having raised its dividend - which is paid monthly - 38 years in a row. In recent years, the company has had so-so returns, but last year it made a bold move to turn itself around: It bought Legg Mason for $4.5 billion. The deal made Franklin Templeton the sixth largest asset manager in the world (ranked by assets under management). It has a solid balance sheet and stands to benefit from a renewed interest in value investing. And for income investors, BEN also offers the potential for an occasional bonanza - a special dividend. It has distributed three over the past eight years. The last one, in 2018, increased the total annual dividend payout fourfold.

And we like our last three high-yield dividend stocks even more than these two...