Certain sectors are getting sold off, and some stocks won't have an easy road back. You want to sell these overvalued stocks while you can.

The recent drop in the S&P 500 translates to even bigger percentage losses in certain markets. 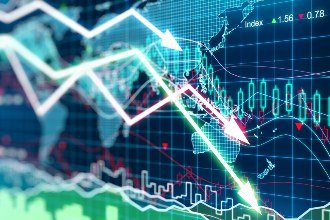 Sure, in some cases, you will want to buy the dip. But that does not mean all of them are bargain buys.

With these overvalued stocks, you either don't know where the bottom will be, or it's not worth risking any surprises for a little while.

In any case, these are profit-taking opportunities.

Another COVID-19 spike looms in the future, and supply chain shortages related to the pandemic persist around that.

Now is the time to pay attention.

Let's get into the three stocks to sell as we kick off fall and head into winter.

One of the biggest value-killing stories in the global stock market these days has been China's crackdown on companies it doesn't like. Mostly, you would expect the Communist Party to hone in on tech companies and banks with too much power - which it has.

But another surprising sector it's tightening its grip around is gambling. The Chinese government wants stricter regulation in the city of Macau - China's Las Vegas equivalent.

U.S. casino stocks lost as much as $4 billion amid the crackdown, while companies in Macau lost more than $20 billion.

One of those companies is Wynn Macau Ltd. (OTC: WYNMF), which has lost 35% of its price in the last month.

This was once one of the top gambling stocks in the Macau casino space.

But guess what? At $0.83 a share, Andrew Keene says it's still overvalued.

JPMorgan recently downgraded it from "neutral" to "sell" after the company opened a $1.5 billion line of credit to make up for slowing cash flow. This set off a selling storm. Since the company was already in a precarious position, it was a sign for investors that the worst was near.

This one has a strong chance of dropping to zero. That's why Andrew recommends you sell at any price.

If you like gambling stocks, DraftKings Inc. (NASDAQ: DKNG) may have a more promising future. And the global casino stock sell-off still has it at a small discount.

Now, if you've been paying attention to China and the gambling sector, that was an easy one. You might have a harder time letting go of this next overvalued stock...

Plenty of companies will be affected by this. But some will hurt more than others - especially those with a large percentage of operations abroad.

Workers at all levels have started to value their time and labor more highly. Factories can't seem to find people. Tending to family needs like childcare, for example, has become more complicated while balancing it with a job.

In addition, since different countries and companies have different travel policies, visa problems have been a barrier to smooth operations during the pandemic.

Finally, despite the economy opening this year, we don't know where COVID-19 is headed, and most people are still not extremely eager to shop brick-and-mortar.

That makes Nike Inc. (NYSE: NKE) a no-brainer stock to sell, at least for the time being.

The company recently put out a mixed earnings report. Revenue was lower than expected. The full-year revenue outlook was cut. This drop followed double-digit revenue growth after rising demand.

That growth has slowed in recent months. The latest report missed the revenue target by 1.8%. Part of that is thanks to cost of production increasing by 11%.

A shortage of shipping containers and a surplus of "locked-down workers" did that. The company said it takes 80 days for Asian factories to ship products to North America with the latest congestion.

And now, looking at another potential wave of COVID-19, it's uncertain when that will clear up.

We do have a holiday season coming up, which could tempt many to buy Nike. But remember, that will also involve heavy shipping costs and potential delays.

Nike has said it might adjust to the supply chain issue by switching to an emphasis on freight delivery instead of ships - but again, that will just be more costly.

At $147, Money Morning's Garrett Baldwin recommends you take some profits on Nike. You may want to buy it sometime mid-2022, but you can earn a little extra cash by jumping off the train and back on again later.

Of all the overvalued stocks today, however, there are few more overvalued than this one...

Sooner or later, those hiccups will turn into full-blown sell-offs. And that's more than likely to start this fall.

These last several months - we got to experience an anomaly where Tesla enjoyed the EV market mostly to itself, while other EV startups looked like crabs in a barrel. Many, like Nikola Corp. (NASDAQ: NKLA) and Workhorse Group Inc. (NADSAQ: WKHS), fell flat on their faces after exciting investors.

But the door is still wide open for these heavy-hitting Tesla competitors to steal a piece of the pie. That's going to chip away at the Tesla stock price, no doubt.

Another important "Tesla Killer" to consider is Nio Inc. (NASDAQ: NIO), a primary contender for dominating the Chinese EV market. Tesla has factories in China, but those became questionable after the company experienced friction with the Chinese government. Earlier this year, they became suspicious of American companies spying on them.

Tesla has for too long relied on a charismatic CEO and brand loyalty to keep stock prices up.

With Ford, General Motors Co. (NYSE: GM), Toyota Motor Corp. (NYSE: TM), and more coming out with new EV models, Tesla will have to take innovation up a notch. That will make 2022 a tough year for the company.

That said, like Nike, this one is not guaranteed to stay in a slump. It's just awaiting a bigger sell-off than we've seen in the last year.

You could take profits now instead of riding the 2022 roller coaster. Then buy again at the bottom.

But hey, we're not going to leave you with a bunch of stocks to sell. We've got buys, too.

One Stock to Buy Instead of Tesla