It's becoming one of the biggest battles in high tech today: In one corner is the world's largest software company, and in the other is a global entertainment and electronics giant.

Of course, I'm talking about the growing rivalry between the Xbox One from Microsoft Corp. (Nasdaq: MSFT) and PlayStation 4 from Sony Corp. (NYSE ADR: SN).

However, Sony now appears to have the sales lead. Over roughly the same period, it sold nearly 7 million of its PlayStation 4s.

Gamers and industry analysts alike are parsing all sorts of stats - like total sales to stores vs. actual players - to say one platform or the other is truly ahead.

But we've found a way to make money no matter which entrant ultimately becomes the top seller. And it's about as close to a "sure thing" as you'll find in tech investing.

In fact, shares of the mid-cap tech firm we're going to tell you about today could easily double from here - and for one simple reason.

This company supplies components that are critical to both gaming systems.

Honestly, the term "gaming" may be something of a misnomer. This is actually a very serious industry.

Roughly two-thirds of all U.S. households play video games, according to data from the Entertainment Software Association trade group. 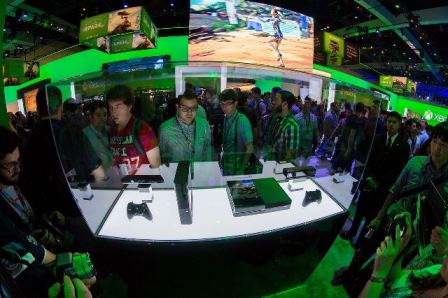 In January, research firm DFC Intelligence said the gaming sector was doing even better than it expected, thanks to an increasing "crossover" between gaming systems and PCs.

DFC analyst Jeremy Miller has said that "core gamers seem to be willing to spend more money than ever." And while Asia remains a big contributor to the market, DFC found that core PC gameplay in Western markets did increase, in fact, last year - and will fuel big gains in 2014.

Said Miller: "We actually think the launch of the new console systems will help lift the PC game business because there is large overlap between console and PC gamers."

Clearly, the success of Xbox and PlayStation is important for both the industry and for tech investors. But finding a firm that supplies both gives you strong odds of a victory.

And we found a firm that does just that.

Great,great,great ! The author says it all in a few lines.

AMD will make lots of money for many years … thank you, you are a genius, and crystal clear!!