Two things hit my radar last week, and they're both interesting, for different reasons.

First of all there's Bank of America Corp. (NYSE: BAC). That poor wee bank was Too Big to Fail (TBTF) even before it bought Countrywide (ground zero for the mortgage crisis) and Merrill Lynch (which was itself TBTF). 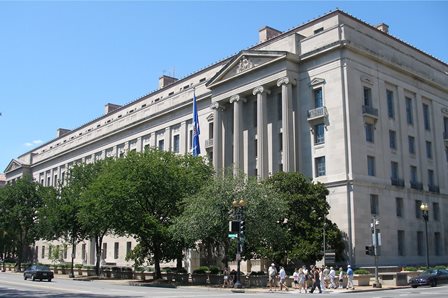 And now BAC is in tentative talks with the U.S. Department of Justice (aka the Obama Mafioso Collection Agency) to pay between $16 billion to $17 billion for its part in selling shoddy mortgages, or originating them, or packaging them, or being a TBTF bank that wasn't allowed to fail but now has to pay the piper.

Today, I'm going to tell you the story behind the story on this. And I'm even going to give you a stock pick...

Welcome to the Moronicracy of BAC

It's ironic (or maybe the better word is moronic) that BAC bought Countrywide because it thought the mortgage crisis was a chance to add to its mortgage-origination business.

But it's not ironic (and definitely not moronic) that BAC bought Merrill Lynch, partly because the U.S. Treasury Department begged it to, so we wouldn't have another Lehman Brothers moment. I'm talking the kind of moment that would have been Lehman Squared.

Because what looked moronic at the time - especially on account of having to pay God-only-knows how many billions of dollars in fines, settlement deals, shareholder suits, and litigation costs - turns out to be anything but moronic after all.

Oh, and as BAC nears its deal to probably, maybe, put most of these "legacy" mortgage issues behind it, at least the biggest ones, BAC announced that it's raising its dividend. You know, as a way to thank shareholders for their equity.

OK, maybe BAC is raising its dividend to attract more equity stakeholders. Either way, the point is the bank is flush after almost being flushed down the toilet itself.

And for that reader of Wall Street Insights & Indictments who pretty much said, "Shut up and give us some stock picks" - and for the rest of you, too - I say this: