DJIA Today, Oct. 15, 2014: The Dow Jones dropped sharply Wednesday, falling as much as 460 points during the session amid weak economic data and renewed concerns about the Ebola virus. The Dow rebounded in the afternoon, but still suffered a 173-point decline. The S&P 500 Volatility Index (VIX) jumped another 9% on the day.

The S&P 500 fell again on the day, its sixth decline in eight sessions. 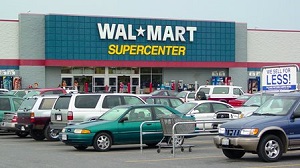