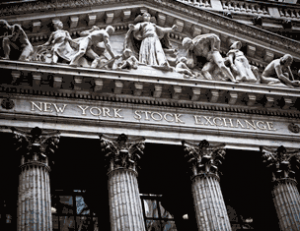 However, the DJIA faces a possible bout of volatility on "quadruple witching" – a market-dropping phenomenon that occurs when the expirations of single-stock futures, index options, index futures, and stock options all happen on the same day.

Today, investors will listen to two speeches from members of the Fed Open Market Committee. They'll also watch for the S&P 500 to continue its 4.5% run since Wednesday morning.

Money Morning Tip of the Day: Many investors try to time the markets – especially lately with concerns over plummeting oil prices, global geopolitical tensions, and sharp highs followed by sharp drops for U.S. stocks. But as an investor, that's not what you want to do. The most recent DALBAR data shows that the return of investors trying to time the markets is a pathetic 1.9% a year over the past 20 years. Worse, they would have to be right a staggering 82% of the time just to match "buy and hold" returns, according to Nobel Laureate William Sharpe.

Instead, your portfolio will perform better if you focus on understanding sentiment. That's how you identify the best and the worst times to put your money to work and rack up the biggest gains.

Check out our Chief Investment Strategist Keith Fitz-Gerald's latest, "The Secret of Market Timing I Wish Everyone Knew," to learn exactly how to read market sentiment and cash in…

17779 Reads
These 3 High-Yield REITs Pay 8%, 10%, and 12% Dividends
REITs produce gobs of cash from rent and other fees generated from properties including office buildings, storage units, multifamily units, and more.