Good Morning! Stock market futures today (Monday) forecast a 17-point decline for the U.S. stock markets. It's a busy week as the Federal Reserve releases its minutes from its December FOMC meeting on Wednesday and the Bureau of Labor Statistics releases the December employment report on Friday. 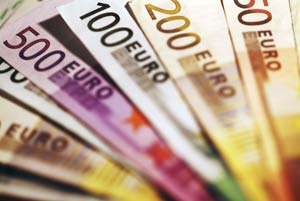 What to Watch Today: Investors will react to the continued decline in oil prices and an update on new auto sales. Last week, crude oil prices hit their lowest levels since May 2009 as prices continue to retreat from June 2014 highs. Oversupply concerns and refusal from Saudi Arabia to cut production continue to weigh down prices. This morning, automakers will announce the statistics of their December sales. Analysts predict 16.9 million units were sold in 2014. Today, keep an eye on General Motors Co. (NYSE: GM) and Ford Motor Co. (NYSE: F) as both companies continue to boost sales.

Money Morning Tip of the Day: After dictating the course of oil prices for more than 50 years, OPEC's influence is diminished. OPEC's oil ministers can read the writing on the wall as well as anyone. Not only are they about to lose the largest energy market in the world, but they'll soon be competing for the markets that used to be theirs for the taking. Because in 2015 the United States will start pulling the strings. Here's how you can profit off this major shift next year...
Join the conversation. Click here to jump to comments…