Good morning! Stock market futures for Friday, Feb. 13, forecasted a 34-point increase from yesterday's close. The Dow Jones gained more than 110 points Thursday on strong earnings reports, good economic data, and renewed hopes for a deal between the European Union and Greece. Investors are optimistic about energy prices. Brent crude jumped above $60 for the first time this year.

Friday has already brought surprising news that the German economy expanded by 0.7% in the fourth quarter. The number shattered consensus expectations of a 0.3% increase, and helped restore some hope of the economic bloc's largest economy and the broader euro zone.

Meanwhile, a ceasefire agreement between Russia and Ukraine could help fuel a rally. Hopes are also rising for a conclusion to the Greek debt negotiations. Greek officials are planning to reach a new deal when they meet with euro zone finance ministers Monday. 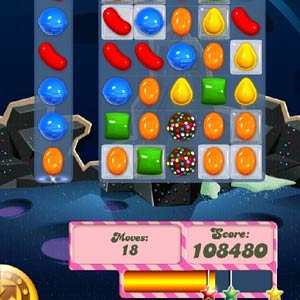 Money Morning Tip of the Day: Shorting takes guts and more than a little discipline, but don't be put off…

Most investors focus exclusively on buying stocks in an attempt to capture huge returns. That's too bad, because it means they restrict themselves to half the opportunities available to them.

After all, markets move up AND down, which means there is plenty of profit potential to be had in both directions.

George Soros made $1 billion in a single trade that famously almost broke the Bank of England in 1992. John Paulson made billions from the housing crisis by betting against the grain. Doug Kass of Seabreeze Partners is famous for bucking conventional wisdom on seemingly mighty companies and laughing all the way to the bank.

That's why shorting is one of the first tactics I shared in my Total Wealth publication.

Now shorting stocks isn't for everybody – it takes guts, conviction, and a whole lot of discipline to do it profitably. But done right, it can really boost your profits.

To learn more about the profit opportunities in short selling, plus five stocks to get you started, check out my recent column: How to Profit from the Five Scariest Stocks on Wall Street Right Now.