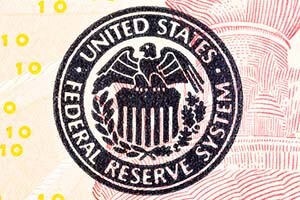 Futures for the Dow Jones Industrial Average today (Thursday) were up 17 points this morning as markets continue to parse through statements made by members of the Federal Reserve and react to positive earnings reports. Asian and European markets were down after investors reacted to the increased possibility of an interest rate hike in 2015.

Yesterday, the Dow Jones Industrial Average slipped 50 points after U.S. Federal Reserve Chairwoman Janet Yellen hinted the possibility of an interest rate hike in December remained "live." Yellen cited improvements in the U.S. labor market and an expected return to the target inflation rate of 2%, according to her statement today. According to the CME Group's FedWatch, the odds of a rate hike have jumped from 52% to 58%. Meanwhile, gold prices slipped to a one-month low as traders anticipate a stronger dollar in today's trading session.