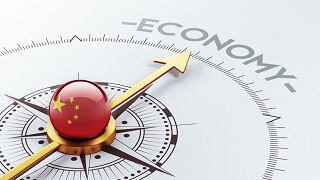 China is one of the first countries that comes to mind when you think of global trade across the breadth of the Pacific. It is, after all, Asia's largest country, with the second-largest economy in the world.

And yet the country isn't included in the Trans-Pacific Partnership (TPP) - a trade agreement that will soon regulate how 40% of the global economy conducts business.

Yesterday, the White House released the text to the Trans-Pacific trade deal for the first time.

Exclusion from the TPP was a direct insult to China. One that President Barack Obama justified as a decision made by both Democrat and Republican members of Congress to keep countries like China from writing the rules of the global economy.

"We should write those rules," he stated, "opening new markets to American products while setting high standards for protecting workers and preserving our environment."

So Congress went ahead and did just that.

The impact on China will be massive. For instance, the Chinese economy will lose $266 billion as a result of being left out of the TPP.

No. 1 - The TPP helps China's competitors in U.S. markets. Once the TPP is enacted, the U.S. market will suddenly see tariffs fall on Vietnamese products while remaining the same for Chinese goods. This will make it hard for Chinese manufacturing companies to adapt to the American market. In fact, according to a report by The Globe and Mail on Oct. 9, business owners in China are already planning to move manufacturing operations to Vietnam while keeping their order, sales, and R&D bases on the mainland.

No. 2 - The TPP takes a bite out of China's GDP. Ma Jun, chief economist at the research bureau for the People's Bank of China, calculated the losses to China at 0.5% of GDP growth for each of the four years the TPP is implemented. That amounts to a total of 2.2% of foregone economic activity, a percentage that, measured against last year's Chinese GDP (which was $9.2 trillion), comes out to about $226 billion, reported Financial Times earlier today.

No. 3 - China doesn't get to help make the rules. China remains one of America's biggest trading partners and is the biggest trading partner of Vietnam, Japan, New Zealand, and Australia - all members of the TPP deal. Without being a signatory, China is therefore omitted from the rule-making process in how trade is conducted with countries in its periphery, reported Al Jazeera earlier this morning.

No. 4 - It just looks bad. "China's outsider status could also be seen as an indictment of its inadequacies, such as limited intellectual property protection and a lack of government procurement standards," reported Fortune earlier today. The exclusion of China from the Trans-Pacific trade deal is a painful reminder of its continued struggle to gain foothold in the international community.

Why Did It Have To Be the World's Most Amazing Restaurant? When a company's share price crashes in the wake of a public health scare, it can take a long time for the business to rebuild a reputation seemingly wiped out overnight. Case in point: Chipotle Mexican Grill Inc. The restaurant chain was linked recently to an E. coli outbreak in the Pacific Northwest. But even that outbreak seemed like a cake walk to some of history's most notorious public health scares. Here are five...

It wasn't an insult to China. It was payback for China daring to link up with Russia, India and their moslum [sic] buddies to make purchases using gold instead of the US Dollar.

How will this affect the adoption of the Yen as a world standard currency by the IMF?

Big mistake. The US is in partnership with China and they must respect decent rules about partnerships.

I doubt that China is that concerned about TPP, as they are a part of BRICs which are performing much better than countries controlled by central banks like the ECB, The Federal Reserve System and other central banks under the umbrella of the BIS. I am not a fan of TPP, because we lose some of our sovereignty. For instance if a state wants GMO labeling, it can be countermanded by international trade agreements