We are bombarded with a torrent of "election 2016" news coverage every day now...

A Google search of that very term, "election 2016," yielded more than 285 million news results today. That's five million more searches than the search term rendered last Friday. And that number will likely continue to rise, particularly thanks to the recent emergence of new smear campaigns.

That's why we at Money Morning have gathered the latest, most relevant 2016 election information to keep you updated on what's happening in the world of politics.

Carson spent the better part of last Friday, as well as the entire weekend, aggressively rebutting media reports about his past. He admonished the media outlets for their desperate digging: "The vetting that you all did with President Obama doesn't even come close, doesn't even come close to what you guys are trying to do in my case, and you're just going to keep going back, 'He said this 12 years ago' - it is just garbage," he said. "Give me a break." 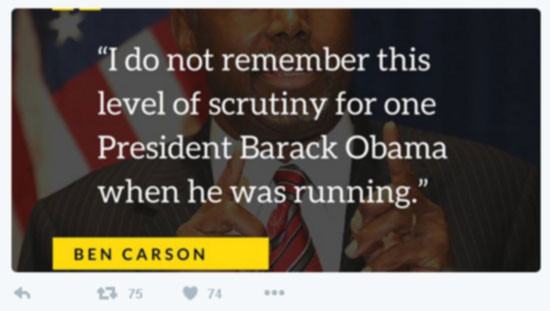 Regardless of this controversy, Rubio is winning the financial backing from some of the party's most prominent donors, including New York billionaire GOP donor Paul Singer, who switched his allegiance from Jeb Bush to Rubio after Bush attacked the young senator at the last debate. Rubio also picked up more political support last week as three fellow senators officially endorsed him - Sens. Cory Gardner (R-CO), Steve Daines (R-MT) and Jim Risch (R-ID).