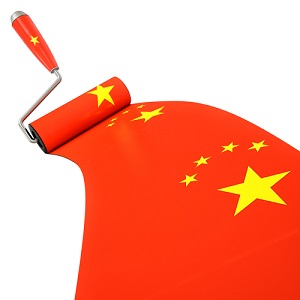 Futures for the Dow Jones Industrial Average today (Wednesday) forecast a 132-point gain after strong trade data was reported out of China and oil prices reversed course for the first time in 2016.

China reported its export level fell 1.4% in December. While this is a bad number, it is still far better than the 8% drop economists expected from the world's second-largest economy. Meanwhile, shares of General Motors Co. (NYSE: GM) surged 4.5% after the company hiked its 2016 profit outlook and announced another $4 billion to its stock buyback plans. The news sent shares of Ford Motor Co. (NYSE: F) down more than 1.5%.

Yesterday, the Dow Jones Industrial Average gained 117 points despite another sharp decline for crude oil prices. The markets earned a boost as technology and healthcare stocks rebounded from a rough six days of trading. Shares of Intel Corp. (Nasdaq: INTC) offered a boost to the tech sector - nearly 2% - while shares of Apple Inc. (Nasdaq: AAPL) added 1.5%.