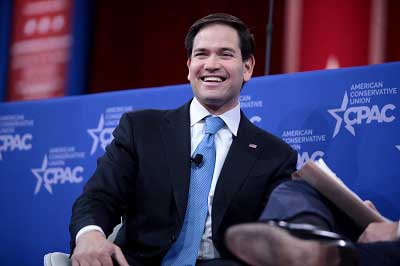 Each of the 2016 presidential candidates has touched on how they'll make changes to fix Social Security. But relaying those policies to Americans in a comprehensive way has been a struggle.

Among Republican caucus voters surveyed by AARP, 41% would like to know more about Sen. Marco Rubio's (R-FL) Social Security plan.

Money Morning took an in-depth look. Here's what we found...

Marco Rubio officially released his plan to "save Social Security" in an Aug. 15, 2015, editorial for The National Review. His proposal called for major changes to the country's healthcare and Social Security frameworks, including eliminating taxes on interest, capitals gains, and dividends.

However, the most drastic policy reform outlined by the young senator centered on entitlement reforms.

What Are Entitlement Benefits?

By definition, entitlements are benefits paid from government-administered funds to citizens who meet a certain requirement and are therefore entitled to receive said benefits.

The Florida senator also stated that retired Americans should have the option of enrolling in private plans as opposed to the current, traditional Medicare choice. In other words, seniors should be given an amount of money to purchase either private insurance or traditional Medicare. If they choose a more expensive option, they would have to pay the difference, limiting costs to taxpayers while protecting seniors and maximizing choice.

In his National Review op-ed, Rubio carefully left out that his entitlement reform proposal involves "making cuts." But, should it be instituted, his plan would gradually shift toward eligible retirees having to choose between Medicare and private insurance:

Rubio has argued that these changes are necessary - entitlement "reforms" coupled with a reduction in income tax brackets from six to three - in order to close that huge gap in spending.

That fact that personal income and Social Security - the rights every American is entitled to - are on the chopping block for D.C. policymakers has many voters worried. What will their retirement look like in just a few years? In just one year?

We've found a few ways to take advantage of the system before these sweeping changes are made.

You see, there are several "banned benefits" within the Social Security code that Americans simply don't know about. These benefits are worth hundreds of thousands of dollars. And you've already earned them by contributing 12.4% of your paychecks to their existence. Here's how to claim that money now - before it's nixed alongside your Medicare and retirement income...