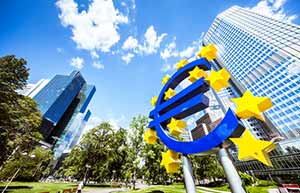 The "2016 Stimulus Sugar High" hit full rush on Friday morning after European banks rallied in celebration of the European Central Bank's latest efforts to boost the struggling continental bloc. Rising European stocks on Friday were a direct contrast to Thursday's slump for the Dow Jones Industrial Average just hours after the announcement that the ECB had proposed a more aggressive stimulus program, but promised this would be the last interest rate cut.

Now then... here's the top stock market news, stocks to watch, and economic calendar for March 11, 2016.

Futures for the Dow Jones today forecast a 130-point gain as the Dow followed the ECB higher. Here's a breakdown of why the Dow is on a sugar-high this morning.

Despite strong fourth-quarter and full-year earnings, Facebook stock has largely remained flat in 2016. This has many investors thinking shares have plateaued near $100. But there are three reasons why the Facebook stock price will climb another 133% in just four years...