Right now, the industrial commodities complex (along with the Dow Jones and the S&P 500) seems to be recovering.

The key word there is "seems."

BHP Billiton has recovered 33% since January lows, Glencore is up 112%, and GSG and DBC, the broad-based commodity indexes I track, are up about 17% and 13%, respectively, since then. Iron ore, copper, aluminum, coal, and (of course) oil are all riding the crest of this infernal "bear market rally." 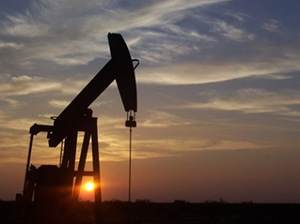 This is unlikely to last.

I'm still bearish on the commodities complex, and with good reason. Today I thought it would be worthwhile to check in on a few of the short plays I recommended on miners last year and put their "improved" status into perspective.

Spoiler alert: You'll want to buy puts on these…

The stronger dollar has disarticulated global commodity markets. (The correlation between a strong dollar and lower commodity prices is extremely strong.)

Dollar strength also placed pressure on emerging market economies that borrowed trillions of dollar-denominated debt after the financial crisis that is increasingly expensive to repay in local currency terms.

The stronger dollar also added pressure on an over-leveraged global economy still struggling to recover from the financial crisis. Central banks decided to address a debt crisis by creating more debt, a solution doomed to fail.

The most recent Absolute Return Letter from London argued persuasively that commodity prices are falling not just because of weakness in China, but also because of U.S. dollar strength. Oil accounts for 31% of the Bloomberg Commodity Index, which has fallen steadily since 2011. But oil prices only joined the carnage in 2014, when the dollar began its sharp rally.

While it is important to pay attention to supply and demand, which is still far out of balance in all commodities markets around the world, the dollar will continue to play a dominant role in any price recovery. Eventually supply and demand will impact prices, but markets are far from that point.

As long as the dollar remains strong, there is little prospect that the global economy can resume robust growth. The DXY is currently trading above 96. A strong dollar will cap oil and other commodity prices, pressure S&P 500 earnings, make it difficult for emerging markets to service and repay their dollar-denominated debts, and act as a deflationary wet blanket on the global economy.

While oil prices stabilized recently off their lows, they have not risen enough to make a material difference to the industry. Only a move above $50 per barrel would start a recovery, and we are still well below that price level. (As of this writing, we are still trading around $40/bbl.)

WTI crude recently closed at $41.50 a barrel, and Brent crude closed at $41.75. Natural gas, which is driven by different, largely domestic forces in the United States, is still trading at a dismal $1.86/MMbtu. Natural gas producers like Chesapeake Energy Corp. (NYSE: CHK) are hanging on by a thread and are likely to default if prices don't move up sharply in the near future.

The carnage in the oil fields is far from over. The Saudis are now considering freezing production, but it is too late to bail out the 51 oil and gas companies that already filed for bankruptcy. China is still producing far too much of virtually every commodity in the world despite the occasional news of cutbacks. Commodities remain in a perfect storm, and the clouds are not going to lift any time soon.

As we saw last week with Valeant Pharmaceuticals International Inc. (NYSE: VRX) and Deutsche Bank AG (NYSE: DB), the bigger they are, the harder they fall (DB was just downgraded by Moody's Investors Service). Rio Tinto Plc. (NYSE ADR: RIO) has rallied 15.72% since January lows, BHP Billiton Ltd. (NYSE ADR: BHP) is up 43%, and Glencore Plc. (LON: GLEN) is up 125%. When they crash, they will crash spectacularly. 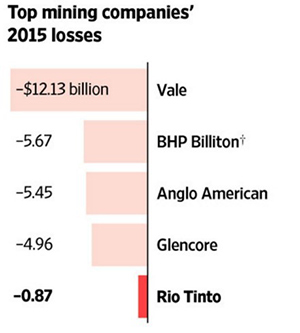 That means, of course, that the pressure on miners is not going away – and we will see them collapsing as soon as this bear market rally is over.

I still recommend that investors buy June £50 puts on GLEN stock. Note: Because this is a European option, you will not be able to exercise these puts until maturity.

The other miners are good short bets as well. As always, I prefer puts as a less risky way to play the short side.

Editor's Note: The strong dollar is just one of the factors pressuring an over-leveraged global economy right now. This year, your most valuable asset may be Michael Lewitt's free Sure Money service. In Sure Money, Michael helps you see what's going up, what's going down, and how to profit. Sign up now by clicking here, and you'll get instant access to all of Michael's investing tips, recommendations, and specific instructions, including his exclusive "Super Crash Report."