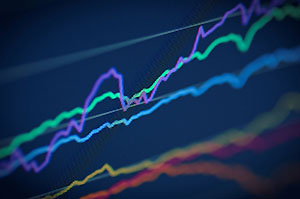 Dow Jones Industrial Average News, 4/7/2016: With the Federal Reserve's recent decision to hold interest rates in place for the time being, traders are looking to the upcoming decisions by other global central banks – particularly the European Central Bank and the Bank of Japan – which are slated for later this month. In a world swimming in debt and badly in need of structural reforms, central bankers continue to blast the world with negative interest rates, cheap stimulus money, and uncharted policy decisions.

Futures for the Dow Jones Industrial Average projected an 80-point decline as investors focus on concerns about the fresh earnings season and traders dissected news that several major deals set for this year are under significant regulatory scrutiny.

Here's a breakdown of why the Dow is trending downward ahead of the opening bell.

This pick is still a winner: This stock's 1,300% increase in 12 years is impressive. But this firm's investments in next-generation tech mean the ride isn't over. This stock could surge another 50%…

The Facebook Inc. (Nasdaq: FB) stock price is up more than 7% this year. And there are three reasons why shares will continue to climb higher in 2016…