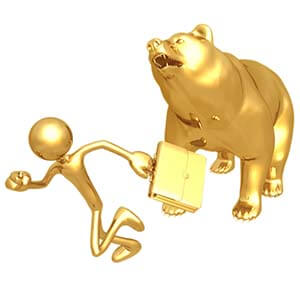 Dow Jones Industrial Average News, 5/19/2016: The U.S. Federal Reserve's next move on interest rates is back in focus.

Traders are also digesting weekly jobless data to get a better sense of the health of the economy.

Last week, 278,000 Americans sought unemployment benefits, slightly higher than expectations of U.S. economists. Pay attention to speeches later today from two members of the Fed Open Market Committee, whose speeches could offer additional insight into the timing of the next rate hike.

Dow Jones futures were off 20 points early this morning as oil prices slid. Investors are also concerned that the Federal Reserve could raise interest rates sooner than they had previously expected. A bright spot this morning is the strong earnings report from one of the world's largest retail giants.

First up, a rate hike is back on the table from the Federal Reserve according to FOMC minutes from its April meeting. This week's consumer price report indicated that inflation levels increased in April by its strongest monthly pace since early 2013. The expectation of a rate hike is pushing the dollar up and fueling a rally in financial stocks. Commodities like gold, silver, and oil are slipping due to the stronger greenback.

CME FedWatch, a tool that monitors expectations of an interest rate hike, projects a 30% probability for a rate hike in June, and a 52% chance of a rate increase in July. That is much sooner than what markets expected last week before the release of the April Consumer Price Index.

Bitumen oil prices slipped below $8 per barrel as Canadian firefighters have received help from Mother Nature in fighting the wildfires that have plagued production in recent weeks. Meanwhile, Exxon Mobil Corp. (NYSE: XOM) announced that it is boosting production in Nigeria in order to offset export weakness in the oil-rich nation. WTI crude prices were off 2.2%, while Brent crude fell 2.6%.