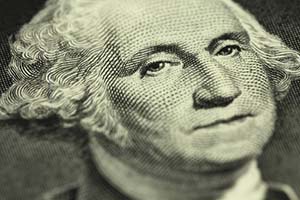 Dow Jones Industrial Average News, 6/07/2016: When a ValueBridge analyst discovered that 93% of all market price moves since 2008 have been driven by U.S. Federal Reserve statements and policy, we weren't surprised.

That scenario is playing out again this morning as traders continue to look to the central bank for any indication of how the U.S. economy is functioning and what the policy reaction will be.

It's pure madness, given that the Federal Reserve missed several opportunities to raise interest rates in the past.

The Fed also missed all of the warning signs for a financial crisis in 2008.

The Federal Reserve is back in focus again. Today, keep an eye out for an interview with Atlanta Federal Reserve Bank President Dennis Lockhart with Bloomberg this morning. Yesterday, Fed Chair Janet Yellen hinted that the central bank is poised to hike interest rates twice this year, despite May's lackluster jobs report. Although the U.S. unemployment rate slipped to 4.7%, the country created just 38,000 jobs last month. Several prominent economists have dismissed the report as an "anomaly;" however, investors don't anticipate a rate hike in June due to growing concerns over the Brexit vote. That puts the July FOMC meeting in focus.

The Brexit debate is heating up ahead of the June 23 vote. According to several polls, the support to stay and the support to leave the European Union among voters in the United Kingdom are separated by just a small amount.

On the deal front, Yahoo! Inc. (Nasdaq: YHOO) accepted one last round of bids for its core Internet business. The company has been linked to a number of different firms in recent weeks, including Twitter Inc. (NYSE: TWTR) and AT&T Inc. (NYSE: T). However, The Wall Street Journal reported this morning that Verizon Communications Inc. (NYSE: VZ) has upped its bid to $3 billion for its business. The global telecommunications giant is said to lack any interest in Yahoo's real estate holdings or other assets that include company patents. Private equity giant TPG also considered another bid ahead of the deadline.

On the political front, Hillary Clinton became the presumptive nominee by climbing over the delegate finish line. She remains under investigation in Washington regarding a private email server that violated Federal standards on how confidential and Top Secret information is stored and transmitted.

Crude oil prices have been pushing higher toward an eight-month high as supply disruptions continue to impede global production. Optimism is high in the sector, particularly in the fracking sector and the oil field services industry.

Shortages have been experienced in Canada, Libya, Venezuela, and Nigeria.

Before U.S. market open, WTI crude oil added more than 1.0%, while Brent crude pushed up another 1.1%.

Today's a critical day for one of the industry titans. This morning, Royal Dutch Shell Plc. (NYSE ADR: RDS.A) kicks off its Capital Markets day. The energy giant has been slashing capital expenditures in the wake of its $54 billion merger with BG Group. The company will spend $29 billion on capex this year, down roughly 20% from last year's figure. The firm also said it is aggressively ramping up its cost-savings program from $1 billion to a $4.5 billion target, selling $30 billion in assets by 2018. The firm will also leave up to 10 countries once the merger is complete. RDS.A stock is up 3.2% in pre-market hours.