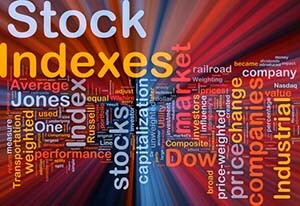 But concerns about the markets go far beyond the expirations of options. The markets are under pressure due to the Brexit's threat to global economic security, the five-week low in oil prices, and cuts by the Federal Reserve's growth expectations for the U.S. economy.

This should be a wild day on Wall Street. Here's today's top stock market news, stocks to watch, profit opportunities, and economic calendar for June 17, 2016.

The Dow Jones Industrial Average futures projected a 2-point gain before the opening bell on Friday. Investors remain concerned about next week's critical vote by U.K. citizens on whether or not to remain in the European Union. The ongoing debate between the "pro-exit" and "remain" was disrupted on Thursday after a member of the British Parliament was murdered. Campaigning on the issue will be suspended for the second straight day as the nation mourns the loss of Jo Cox. Here's everything you need to know about the Brexit, the European Union, and the participants in this debate.

Here's a breakdown of other reasons why the Dow is pushing lower this morning.

First up, St. Louis Federal Reserve Bank President James Bullard lowered expectations for the timing of the next rate hike. Bullard argued that stability in the economy would require fewer rate hikes and said he expects economic growth of just 2% this year. He also projected weak inflation through 2018.

Next up, Russian President Vladimir Putin spoke at the annual St. Petersburg Economic Forum, where he said that the global economy has still not recovered from the 2008 financial crisis. Putin blamed current geopolitical tensions on the lack of structural reform to the global system.

On the deal front, cosmetic giant Revlon Inc. (NYSE: REV) announced plans to purchase Elizabeth Arden Inc. (Nasdaq: RDEN) for roughly $870 million. Shares of Elizabeth Arden surged more than 45% on news of the deal. The combination of the two firms is expected to generate savings of roughly $140 million.

Meanwhile, in deal news, Bloomberg reports that Microsoft Corp. (Nasdaq: MSFT) was facing stiff competition in its recent bid for LinkedIn Corp. (Nasdaq: LNKD). According to a new report, salesforce.com inc. (NYSE: CRM) had considered a bid for the world's largest business social network. On Monday, Microsoft announced a deal worth $26.2 billion for the firm, and they emerged clear winners from this buy. Here are two reasons to love this deal.

Crude oil prices were reversing course after a six-session slide on Friday morning. WTI crude oil pushed up 2.3%, while Brent crude was up 2.7%. Oil has been under pressure over the last week due to demand concerns tied to the Brexit debate. Meanwhile, recent inventory figures indicate that domestic crude stocks are not being drawn down as quickly as many energy economists expected.