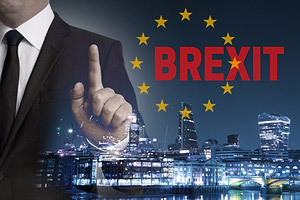 Investors are watching Brexit polls like hawks, trying to predict what a British exit from the European Union (EU) means for the global stock market.

Before the June 23 vote, pro-Brexit and pro-EU groups frantically make their cases. Mainly:

Among numerous stories weighing the pros and cons of a Brexit, one clear voice has reached a more confident, sweeping conclusion than them all…

Marc Faber, also known as Dr. Doom, believes that an exit from the European Union will be "the best thing for Britain to ever happen."

Who Is Marc Faber?

Faber was born in 1946 in Zurich, Switzerland. He earned a Ph.D. in Economics at the University of Zurich. Then he became directing manager for the Hong Kong division of investment bank Drexel Burnham Lambert Ltd from 1978 until 1990, until the firm was forced to shut down due to illegal dealings in the junk bond market.

Faber went on to found the monthly newsletter the "Gloom Boom Doom." That's where he established the nickname, Dr. Doom.

He's known for a cynical outlook and was credited with advising his clients to move money out of the stock market before the October 1987 crash. He also stated in 2009 that the Federal Reserve's policy on keeping interest rates low would lead to hyperinflation.

In a June 2008 newsletter, Faber stated that the only things still produced in the United States were prostitutes and beer.

Because Faber is known for bearish outlooks, it's surprising that he views Britain leaving the EU as something positive for the global economy….

Why Marc Faber Wants a Brexit

On June 9, Faber told CNBC that he thought a "Brexit would be good for global economic growth."

He believes the EU is badly organized, and that if Britain were to leave the EU, it would give other countries an incentive to follow suit. And that would spur economic growth across Europe.

While the goal of the EU is to promote the free movement of goods and services, Faber said it has become too bureaucratic. He cites Switzerland as the perfect example of how a country in Europe can thrive without the EU…

Switzerland still conducts business in the EU, but the Swiss are able to act in the best interest of their country. They don't have to follow rules established for all EU members. Faber also highlighted the strength the Swiss economy despite its non-membership. For example, the country just completed a $12 billion rail tunnel, which is the largest in the world.

Dr. Doom could be biased as a natural-born Swiss, but he's got strong GDP numbers to support his example…

Switzerland's GDP was $685.4 billion as of 2013, making it one of the biggest economies in Europe. Only France, Germany, the Netherlands, Spain, and the UK have larger economies.

And when you consider Switzerland's population is just 8 million, the size of the Swiss economy is especially impressive:

Faber added that a Brexit will encourage Britain to trade more with larger partners like China and India.

Brexit: Buy the Rumor, Sell the Fact: In 1992, George Soros broke the Bank of England by shorting the sterling pound. It was a move that made him $1.5 billion. Now, the Bank of England is about to break itself. Before the Brexit vote on June 23, we discovered two ways to profit during the chaos. Here's how…