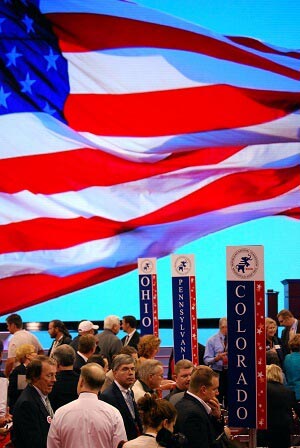 Donald Trump and the RNC are having trouble finding speakers for the Republican convention that kicks off July 18 in Cleveland, Ohio...

Granted, Trump made it a bit harder to find orators. He threatened to keep those who are not in favor of him from taking speaking slots at the gathering, reported The New York Times on Sunday.

Only a few said they were open to it. "Everyone else said they weren't planning on it, didn't want to, or weren't going to Cleveland at all," the news outlet reported.

Yes, that's right: Some party members -- including big-name Republicans -- have opted out.

We've compiled a shareable list of who's not going to the Republican convention in 2016.

But first, here's a closer look at the reasons 10 prominent GOPers have dropped out...

Now here's a shareable full roster of who's not going to the Republican Convention...

Who's Not Going to the Republican Convention This Year 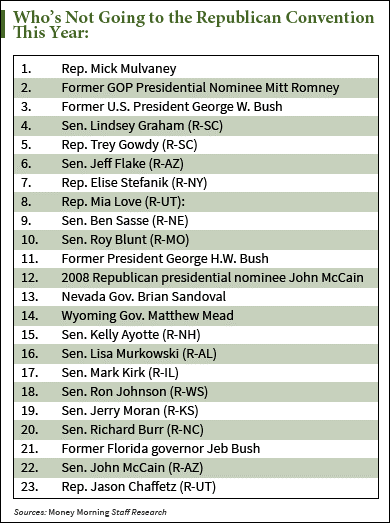 Mind the Gap: The Trump-Clinton Fundraising gap is as wide as Trump Tower is tall. Here's a look at what both candidates have fiscally - and why there is such disparity...