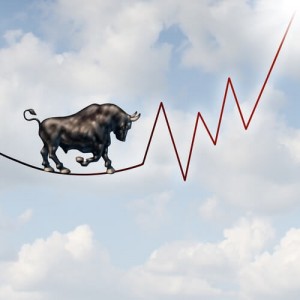 The Dow Jones Industrial Average added another nine points on Friday, boosted by increased optimism that the U.S. Federal Reserve is not set to increase interest rates this year. The Dow is now on a six-day winning streak and shows no signs of slowing down in the wake of the Brexit.

Beyond the numbers, investors need to know about a number of other critical stories that might have slipped under the radar. That's what we're talking about after the bell on Friday.

The Dow Jones closed at another record high despite lackluster earnings reports from some of the country's largest financial institutions. Gold and silver prices both slipped on the day. Gold prices recorded their first weekly loss in nearly two months. Meanwhile, the silver spot price fell for the third straight day in a row. Here's more on where precious metal prices are headed.

Oil prices continued to tick up today after Baker Hughes Inc. (NYSE: BHI) reported that the United States added six rigs to the national production tally. The nation has 357 operational rigs, down significantly from the 638 that were in use at the same time last year. WTI crude prices added 0.6%, while Brent crude gained 0.5%.

Of course the story that everyone should be paying attention to is how the oil markets have vanished from the mainstream media's rotation. While everyone is focused on oil production and prices here in the United States, the largest IPO in world history is slated for later this year. Here's everything that you need to know about the Saudi Aramco IPO date and what investors should do right now.

Republican presidential nominee Donald Trump is poised to announce his vice presidential candidate. Trump is expected to announce Indiana Gov. Mike Pence will be his running mate for president. Already, expected Democratic nominee Hillary Clinton is on the attack on the potential ticket. In fact, Clinton's campaign has been hammering Trump over his planned immigration policy. See what Clinton's team is saying about Trump's immigration plan and its expected impact on the U.S. economy, right here.