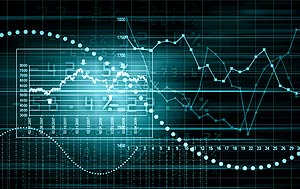 The Dow Jones Industrial Average and S&P 500 are back at record highs as investors continue to flood into stocks.

The markets continued their upward momentum as oil prices rallied and positive earnings reports hit the newswire. While energy stocks dominated the headlines on Thursday, there's a lot more that investors need to know.

Before we get to the breakout possibilities in today's market activity, check out the results for the Dow Jones, S&P 500, and Nasdaq:

The Dow Jones Industrial Average rallied more than 100 points as retail companies reported strong earnings reports and oil prices rallied on hopes that the global crude markets will see a rebalancing of supply and demand in the months ahead. Shares of Exxon Mobil Corp. (NYSE: XOM) gained 0.3%, while Chevron Corp. (NYSE: CVX) added 1.1% on the day.

Gold prices were climbing higher on weaker than expected economic data. Prices pushed past $1,350 per ounce as investors continue to weigh the ongoing actions of central banks around the globe.

Don't Miss: Here are five things you need to know about gold investing.

Crude oil prices were rallying on news that Saudi Arabia is considering a deal to stabilize oil prices in the months ahead. The Saudi oil minister spoke today about a possible plan to freeze production. Meanwhile, the International Energy Agency said that it expects the global markets to begin to rebalance in the months ahead. WTI crude gained 3.5%, while Brent crude prices added 4%.

Shares of Yahoo! Inc. (Nasdaq: YHOO) rallied more than 4.1% after the company received a big boost from Alibaba Group Holding Ltd. (NYSE: BABA). This morning, BABA stock gained more than 4.6% after China's largest e-commerce giant reported a 59% gain in quarterly revenue. The company said that mobile revenue increased by a staggering 119% over the quarter, while its mobile user base surged by nearly 40%. Get more details on Alibaba as an investment here.

Now, let's look at the day's biggest stock movers, and your stock insight of the day.

Up Next: Money Morning analysts have just received a major sign that shares of a cybersecurity stock are poised to break out. Now, this company saw its stock fall more than 10% last week after a weak earnings report. But one major catalyst is going to send this stock surging soon. You won't believe how much upside this stock is offering investors right now. Read all about it here.