Starting right now, for one measly dollar, you can partner with Goldman Sachs to make money.

All you have to do is deposit a dollar in Goldman Sachs Bank USA – not by visiting a branch, because there aren't any, but by going to GSBank.com and opening an account.

Goldman will pay you interest on your savings account well above the national average offered by other banks.

And it will use your money to make money for itself.

It's a typical Goldman partnership with their customers – one for you, 10 for them.

How will Goldman make a ton of money off you? They're starting another bank, an online lender they're calling Marcus, and they're going to use the savings you park in GSBank to fund loans made by Marcus.

Here's how the game will work and why you might not want to deposit more than FDIC insurance will cover, just in case things go wrong (and if the past is any indication, they likely will). 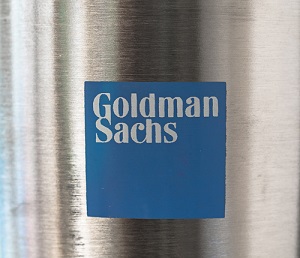 Goldman Sachs wants – make that needs – to get into retail banking, meaning gathering deposits from Joe Six Pack and anybody else who wants the cache of having an account with Wall Street's bad boys, infamously described by Rolling Stone magazine's Matt Taibbi as a "great vampire squid wrapped around the face of humanity, relentlessly jamming its blood funnel into anything that smells like money."

The great vampire squid needs retail deposits because they are "sticky."

Ever since the financial crisis and the demise of Bear Stearns and Lehman Brothers due to their inability to raise short-term funds when they desperately needed them, regulators have been pushing banks to have more secure sources of funds.

Retail deposits are the safest sources of short-term funding. Sure depositors can withdraw their money, but according to the Basel Committee, an international bank regulatory authority, retail deposits have only a 10% chance of fleeing within 30 days of some major financial turmoil.

That makes them "sticky."

Banks use short-term funding sources, like issuing commercial paper, to finance their trading books and "assets." For banks, loans and their trading positions are assets. Their liabilities are what they owe, which includes deposits.

But because deposits as liabilities are sticky, regulators are more comfortable with banks holding more deposits as a means of financing their assets.

Goldman's almost always been an investment bank, but became a bank holding company (so it could borrow directly from the Federal Reserve) like a commercial bank on a Sunday night at the height of the financial crisis in 2008.

GSBank already has more than $128 billion in assets (about 15% of Goldman's total assets) against its deposit base of about $89 billion today.

Up Next: This Tech Could Save U.S. Elections from Voter Fraud

This month, Goldman created Marcus, named after founding partner Marcus Goldman who in 1869 joined with Samuel Sachs to start Goldman Sachs. Marcus, formally, Marcus by Goldman Sachs (sounds like a line of men's underwear) is an online lender, like Lending Club or Prosper (which, if you've been following along with me for a while, you know I'm not a fan of).

Marcus is slated to launch in October, when it will issue consumer and possibly small business loans just the way other online lenders do.

Online lending has taken a beating lately, which makes Goldman's timing look terribly off – they're supposed to be smarter than their peers and will supposedly make online lending work where others are failing.

And that's where you come in, partner.

To attract deposits, GSBank is paying five times more interest on six-month CDs than national banks. On an annual basis, it's paying almost 1.05% for your money.

Go ahead, "partner" with them and help finance their lending business at Marcus.

But don't deposit more than $250,000 in GSBank if you're afraid Goldman's notorious greed might imperil the bank and your deposits there, because $250,000 is individually what you're insured for by the FDIC.

And you should be worried. Goldman, the vampire squid, has a long rap sheet when it comes to looking out for itself while duping customers doing business with it.

Goldman Has a Long History of Duping Its Customers

As far as the squid's big-time foray into retail, the story of the Goldman Sachs Trading Corp. (GSTC), Shenandoah, and Blue Ridge Corp. is a worthwhile reminder.

In December 1928, Goldman got into retail investment trusts in a very big way. With the bull market "long in the tooth," it formed GSTC, an investment trust that pooled investors' money to buy shares, pretty much like a mutual fund.

While the plan was to create a $40-$50 million pool (trust?), it began life as a $100 million fund formed with 1 million shares at $100 a share. Goldman bought all the shares GSTC accumulated and sold them to the public on the opening day at $104, netting a $3 million profit, which today is equivalent to a $1 billion fee for one transaction.

When the share price got as high as $222.50, twice the value of the underlying cash and securities, Goldman got greedier. It sold more shares to the public, bought $57 million worth on margin for itself, formed another investment trust, Shenandoah Corp., which was seven times oversubscribed. GSTC owned 40% of Shenandoah, while Goldman Sachs owned 10% of GSTC.

Then in August 1929, Shenandoah sponsored Blue Ridge Corp., a $142 million investment trust, 86% of which was owned by Shenandoah. In the end, Goldman with $20 million in partnership capital leveraged itself on the backs of retail suckers wanting a piece of the Goldman mystique, up to $500 million.

According to "Goldman Sachs: The Culture of Success," Lisa Endlich's beautifully researched book:

When asked many years later what sparked Goldman Sach's desire to embark on this frenzy of activity, Walter Sachs sadly replied, "To conquer the world. Not only for greed for money, but power sparked it and that was the great mistake because I confess to the fact that we were all influenced by greed. We were carried away by the bull market, we thought these values were going to be justified…and the bottom fell out of everything as we were caught with our pants down."

So go ahead and partner with Goldman – up to your protected limit. Otherwise you've got no one to blame if the squid's tentacle pops a bubble somewhere and wipes out your savings.