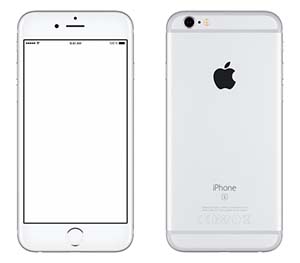 This morning, the Dow Jones Industrial Average was slipping as investors prepare for another round of key economic data reports and volatile oil prices.

Speculation continues to center on the timing of the Federal Reserve's next interest rate hike, which is increasingly less likely to happen given the wealth of negative economic data in recent days.

The odds of a rate hike in September have fallen from 21% to 15%, while the probability for a hike in December has slipped from 51% to 47%, according to CME FedWatch. Look for more speculation with Kansas City Federal Reserve Bank President Esther George speaking later today.

On Tuesday, the Dow added 24 points despite a wave of weak economic data. According to ISM, U.S. services sector activity fell to a 6 1/2-year low in August.

Now let's look at the most important market events and stocks to watch today, plus your economic calendar, for Sept. 7, 2016.

The Dow Jones Industrial Average projected a 13-point decline as investors prepare for the Federal Reserve's Beige Book and a number of different earnings reports on Wednesday. Investors will continue to speculate on the next rate hike after San Francisco Federal Reserve President John Williams announced his support for gradual interest rate hikes in the near future.

Oil prices were on the rise this morning despite news that a deal among OPEC producers is growing increasingly unlikely. Money Morning Global Energy Strategist Dr. Kent Moors explains that the deal has been doomed from the start.  The entire idea that OPEC would freeze production has relied on the cooperation of one non-member nation from the start. Moors breaks down what to expect from OPEC.

But the big news this morning is happening at investment bank Goldman Sachs Group (NYSE: GS). According to Politico, the bank has banned its company partners from donating money to Republican presidential candidate Donald Trump and other select politicians. The firm said that its ban is "meant to prevent inadvertently violating pay-to-play rules." However, Democratic presidential candidate Hillary Clinton and vice presidential candidate Tim Kaine are not subject to the ban.

Finally, if you want to make money in this market, you need to know about stocks we like to call "Glocals." These stocks capture upside growth and provide strong dividends due to their remarkable cash flows. And one Glocal that has already provided Money Morning readers with a 360% return is poised for even greater gains. Check it out, right here.