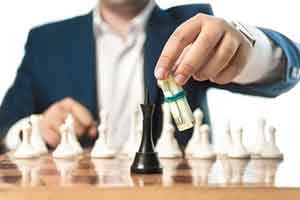 As if the Obamacare exchanges don't have enough problems, now they're a bargaining chip in the major health insurance companies' quest to consummate two mega-mergers.

The health insurers have objected to two U.S. Department of Justice lawsuits aimed at blocking the mergers on antitrust grounds. Several of the insurers, including Aetna Inc. (NYSE: AET), responded to the July lawsuits by reducing their participation in the Affordable Care Act (ACA) exchanges.

"Aetna's decision regarding its participation in the ACA exchanges appears to be an effort to pressure the Justice Department into approving a merger that the Department has alleged violates antitrust law and has the potential to significantly harm consumers all across the country," the Sept. 8 letter says.

Aetna is the focus of the senators' wrath, but four of the five largest U.S. health insurers have a stake in this fight:

Related: Why the Cost of Obamacare Plans Will Continue to Skyrocket

Even as late as April, Aetna called its Obamacare exchange business a "good investment."

But by June it was clear the DOJ was looking at the two mergers skeptically, dramatically changing the mood of the big insurers…

Insurers to DOJ: Approve Our Deals or Obamacare Gets It

Aetna was blunt in a July 5 response to a Justice Department request for information on the consequences of a challenge to the company's merger with Humana.

"If the deal were challenged and/or blocked we would need to take immediate actions to mitigate public exchange and ACA small group losses," CEO Bertolini told the DOJ in a letter. The letter goes on to warn that Aetna would "immediately take action to reduce our 2017 exchange footprint" to "no more than 10 states" instead of expanding from 15 to 20 states as it had planned.

The letter then dropped this bomb: "Based on our analysis to date, we believe it is very likely that we would need to leave the public exchange business entirely and plan for additional business efficiencies should our deal ultimately be blocked."

Two weeks after the DOJ announced the lawsuits to do just that, Aetna said it would scale back its participation in the Obamacare exchanges to just four states in 2017.

And it wasn't alone. While less confrontational than Aetna, Humana and Anthem both announced Obamacare exchange pullbacks of their own, sending a clear message to the DOJ.

Humana actually beat Aetna to the punch, declaring within hours of the DOJ's July 21 lawsuit announcement that it would reduce its Obamacare participation from 19 states to 11.

Anthem's response to the DOJ lawsuit promised that if it were allowed to buy Cigna, the combined company would expand its Obamacare offerings to nine new states. But if the deal is blocked, Anthem warned it would not expand and "will have to reassess its participation in the public exchange."

Of the four insurers involved in the deals, only Cigna has refrained from threatening to shrink its Obamacare footprint.

But while the big health insurers look like the villains here, the government is far from innocent.

How the Government Sabotaged the Obamacare Exchanges

The issues we're seeing today have their roots in the design of the healthcare law itself.

Obamacare's proponents knew they needed the cooperation of the health insurance companies for the law to work. So they made a big promise.

In return for participating in the exchanges and offering plans to the low-income and sick customers they once shunned, the law would provide the insurers with millions of new, young healthy customers.

The idea was that the revenue from the young and the healthy would pay for the increased costs of covering the old and the sick – the young use relatively little healthcare. And Obamacare's tax penalty would ensure they signed up in large numbers.

But it hasn't worked out that way. The sick were thrilled to finally get affordable healthcare through Obamacare, but the young haven't been crazy about signing up for costly health insurance they rarely use.

That's left the insurers holding the bag. They're forced to cover the expenses of the sick but don't have nearly enough young, healthy customers to offset those expenses. For the insurers, Obamacare has been a huge money-loser – not the profitable addition to their business the government had promised.

Several insurers have reported millions in losses on their Obamacare offerings. Humana reported $1 billion in Obamacare-related losses over the past year. Aetna announced more than $200 million in losses on its Obamacare plans just in the second quarter of this year. And Anthem predicted its 2016 Obamacare business would decline by "mid-single-digit percentages."

A part of the healthcare law designed to help cover such losses also hasn't worked as advertised. The so-called "risk corridor" program has paid out just 12.6 cents on the dollar to insurers that qualified for reimbursements.

Faced with these broken promises and the mounting losses, the big insurers figured that the best way to cope was with merger deals. They had hoped to use synergies from the mergers to cut costs.

Now that the Justice Department is seeking to block those deals, the health insurers are throwing in the towel on Obamacare.

The current indignation at Aetna from Democratic legislators like Elizabeth Warren ignores this history.

Obamacare is indeed in trouble, but blaming the insurance companies isn't going to fix the underlying causes.

"Singling Aetna out may be politically convenient during election season, but this letter ignores realities and takes the focus away from needed reforms," Aetna spokesman TJ Crawford told Business Insider. "The ACA is not sustainable without bipartisan action that improves access, affordability, and quality of care for consumers."

Next Up: Over the past 16 years, our do-nothing Congress has passed fewer and fewer laws. Most people blame gridlock for this lack of productivity. But that's only half the story. You'll be shocked when you find out what members of Congress actually do most of the day…