Silver prices today (Monday) are slipping in morning trading ahead of the election, as the precious metal loses some of last week's momentum.

Silver prices are down nearly 1%, or $0.18, today. Despite the pullback, the price of silver has managed to remain above the $18 level, a price it hasn't seen since the start of October. 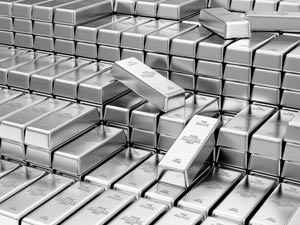 The Fed's decision to hold on a rate hike in November boosted silver prices, especially in the early part of the week.

With the highly watched and hotly contested upcoming U.S. presidential election, silver could be primed for more gains.

Don't Miss: Get the Best Investing Research Today to Grow Your Money
Silver prices could climb regardless of who wins. But my sense is that a win by the "anti-establishment" Trump would drive silver prices higher than a win by Clinton. And if we get some sort of contesting of results, all precious metals will soar.

Of course, gains in silver prices today will be on the heels of gains in gold. But there are also fundamental drivers that are set to boost silver independently of gold in the months and years ahead…

Silver started out last week in quiet trading. It opened up on the morning of Halloween, then moved sideways with a slight upward bias to close at $17.87.

Then on Thursday, along with gold, silver prices dropped down to $18.03. That sell-off came on the heels of the news that the UK High Court decided Britain couldn't exit the EU without a ratifying vote from parliament. It raised the possibility that Brexit may not happen, or at least may be delayed. Silver's safe-haven appeal diminished, but not for very long.

Now that the election is in full focus, here's where I see silver prices heading depending on which candidate wins the White House…

Where Silver Prices Are Headed After the Election