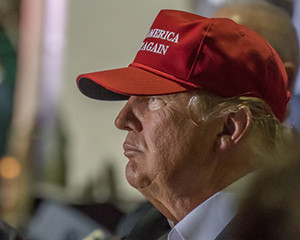 In his first 100 days as president, Donald Trump has vowed to significantly revamp the U.S.' tax code.

Among its many changes, the Donald Trump tax plan will provide large tax cuts for the middle class, simplify the tax code, and reduce the corporate tax rate.

Under Trump's tax plan, low-income Americans will have an effective income tax rate of 0%. Although, Trump's tax plan hasn't yet defined the requirement for being a part of the "low-income" bracket.

The rates for married-joint filers will be cut down into three brackets from seven. Here are their rates:

The brackets for signal filers are one-half of these amounts.

These tax rates represent a substantial decrease from current levels. For instance, those currently married making less than $75,000 a year have to pay a tax rate of at least 15%, with those making less than $18,550 having to pay a rate of 10%.

The United States has the third-highest marginal corporate tax in the world among industrialized nations, according to the Tax Foundation.

Under Trump's tax plan, he would lower the U.S. corporate tax rate to 15% from 35%. The rate would be available for all businesses – no matter their size.

In addition, the Donald Trump tax plan allows for a one-time repatriation of offshore profits at a rate of 10%. According to a March report from the Citizens for Tax Justice, Fortune 500 corporations hold some $2.4 trillion of profit offshore. One of the main reasons corporations keep a stockpile of profit overseas is to avoid the U.S.' crushing corporate tax.

But those aren't the only two places the Donald Trump tax plan will have a major impact. Here's what his plan means for your investments…

His plan would also eliminate the dependent deduction. This would raise taxes for anyone with a family or for single mothers.

Nest, I would like to see the criminal Estate Tax abolished entirely. We have paid taxes on everything we have, and then need to pay again at our death? (Double/Triple dipping). Instead of helping our families? I heard that Estate Tax at 100% is a very Progressive idea, and a tenant in the Communist Manifesto ( I have not verified this).