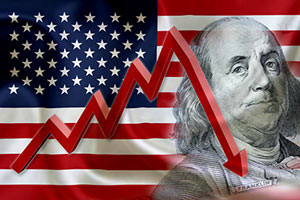 Stocks have been hitting all-time highs this week, but with the Fed expected to raise interest rates, many are wondering if the stock market will crash after the FOMC meeting in December.

No one can forecast the exact timing of a stock market crash, but the last time the Fed raised rates, on Dec. 15, 2015, the markets dropped by 8% over the next month.

Now that the stock market has been breaking record highs - the Dow passed 19,000 points for the first time ever this week (Tuesday, Nov. 22) - an interest rate hike at the FOMC meeting could lead to a more drastic pullback than last year's. It could even trigger a market crash.
It's always wise to have a stock market crash protection plan ready to go, but with the FOMC meeting next month, it's a great time to create your plan.

Today we'll show you how to protect your money if there is a stock market crash - and why thanks to the Fed, one might come soon...

There are three big reasons why this December FOMC meeting could lead to a stock market crash.

First, low interest rates have helped drive stock market gains, and raising them could lead to a pullback in stocks.

Near-zero interest rates led to investors shying away from the bond markets. When interest rates are too low, investors can't make any money holding bonds. Instead, more money has been going into stocks that wouldn't have been if rates were higher. That's about to change.

Don't Miss: Check out what's next for the price of silver...

Third, the stock market is currently overvalued, and that's not sustainable...

A financial crash is often the result of a market bubble. For stocks, this means their prices far exceed their true value. Eventually the prices get too high and the bubble bursts.

That's what happened when the stock market crashed in 1929. Robust manufacturing in the United States had everyone believing they could win in the stock market as the 1920s roared. Extraordinary numbers of people had borrowed to invest in the market, believing it would only go up more. This speculative investing created a stock market bubble.

On Oct. 29, 1929, now known as Black Tuesday, the stock bubble burst and investors panicked. Investors began selling, hoping to get back some of their money, which led to prices sinking lower. The U.S. stock market surrendered 90% of its value between 1929 and the early 1930s.

A bubble also existed before the 2008 stock market crash. This time the bubble was in the real estate market. Home prices had been steadily rising, in part because lenders relaxed standards, granting subprime loans to borrowers who couldn't afford houses. The loans worked as long as house prices kept rising, but once prices fell, the bubble burst.

The collapse of the housing market led to a stock market crash in 2008 as many investments were tied up in housing prices, like mortgage-backed securities.

With the current stock market hitting record highs and showing signs of being in a bubble, the FOMC will meet to decide on raising interest rates...

Will the FOMC Raise Rates in December?

The FOMC is expected to raise interest rates at the December meeting, and there are three factors that explain why.

First, the Fed has been debating an interest rate hike for the last year and its next meeting on Dec. 13-14 is its last opportunity to raise rates this year.

The problem now is interest rates have remained below 1% since 2008. This means the Fed needs to raise rates so it can have a tool to combat a weak economy (rates can't go any lower).
Second, the Fed itself believes the economy is ready for a rate hike.

Fed Vice Chair Stanley Fischer has said the case for higher interest rates is "quite strong," and he used his speech at the Economic Club of New York on Oct. 17 to argue against keeping rates too low.

Third, the market is also expecting a rate hike. According to the CME FedWatch Tool, there is a 93.5% probability the Fed will raise rates by 25 basis points at the December meeting.

After the FOMC declined to raise interest rates during its last meeting, which took place right before the U.S. presidential election, the Dec. 13-14 meeting is expected to be the meeting where rates are raised.