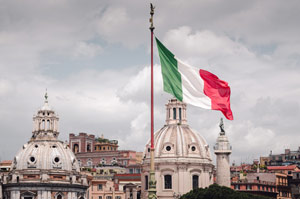 The Dow Jones Industrial Average finished the day down despite a November jobs report that showed the unemployment rate hitting a nine-year low. The sharp decline in joblessness all but ensures that the Federal Reserve will raise interest rates during the December FOMC meeting.

The Dow Jones fell despite news that the U.S. economy added 179,000 jobs in November. The official unemployment rate also fell from 4.9% to 4.6%.

The November jobs report puts the Federal Reserve back in focus. Given the sharp decline in the U.S. unemployment rate, it is even more likely that the central bank will increase interest rates in December. In addition, speculation is heating up that the Fed could raise rates several times in 2017.

Also in focus at the central bank, Fed Governor Daniel Tarullo warned lawmakers to resist the temptation of repealing the "strong foundation" of financial regulations like Dodd-Frank. Tarullo's language suggested that undoing these laws could usher in another financial crisis or stock market crash.

Whether or not Tarullo is right about repealing Dodd-Frank, knowing how to prepare for a stock market crash is a necessity for investors today. With the Fed set to raise interest rates this year and the markets pushing to new highs with few fundamentals to support their valuations, the stock market bubble could pop sooner rather than later.

Here's our survival guide for a possible 2017 stock market crash.

While the unemployment rate is generating all the headlines here in the United States, there's an even bigger event transpiring in Europe. On Sunday, Italian voters will head to the polls to decide whether they wish to grant their prime minister powers to usher in badly needed financial reforms. A "No" vote could paralyze the nation and hold Italy in violation of European Union rules.

The WTI crude oil price today added 1.1% and passed $51 per barrel. Meanwhile, the Brent crude oil price gained 0.8%. Oil prices had their single best week since February 2011 after OPEC announced that it had struck a deal to cap excessive production of oil.

Money Morning Global Energy Strategist Dr. Kent Moors explains that the global oil cartel must now enforce the agreement. With so many members looking out for their own economies, it could be a rocky road. But Moors offers a reason – one reason – for optimism. Here's why the OPEC deal could succeed and push crude prices up.

The other big development today is the planned infrastructure spending by the incoming Trump administration. President-elect Donald Trump has said that his White House will rebuild roads, bridges, and crumbling infrastructure across the country. Here are the best infrastructure stocks to buy ahead of Trump's proposed spending bill.