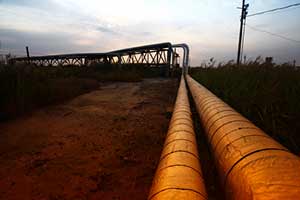 But these actions have implications far beyond that of two oil pipelines...

President Trump's determination to get these projects launched - part of his promises to create jobs and make America energy independent -- removes a big layer of uncertainty from present and future oil infrastructure projects.

The company behind DAPL, Energy Transfer Partners LP (NYSE: ETP), is keeping quiet - apparently to avoid drawing attention to the Native American protests that influenced President Obama to halt that project. But ETP stock has shot up almost 10% since Tuesday.

Here are our top three picks...