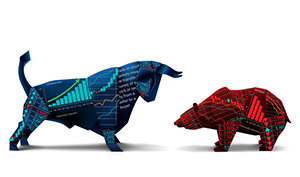 In Dow Jones news today, the Dow was climbing higher as investors parse through another round of earnings data and weigh a major announcement regarding one of the most anticipated mergers of the year.

The move was a major blow to an industry that has sought consolidation to confront rising costs and slowing profitability.

This comes as investors are growing increasingly worried about the stability of the European financial sector.

The Dow Jones Industrial Average projected a 17-point gain ahead of another busy day of economic data, earnings reports, and statements from two Federal Reserve members. The U.S. Labor Department announced the number of Americans seeking jobless benefits last week fell to 233,000. That figure is below the 250,000 expected by economists and provides another boost to the U.S. labor market.

But the big story is happening at Tesla Inc. (Nasdaq: TSLA).

Shares of the electric vehicle manufacturer jumped more than 1% in pre-market hours after the company made a big announcement. According to Reuters, Tesla plans to shut down its California assembly plant for one week.

But it's not because of something dangerous or due to a regulatory violation.

Tesla is now preparing to produce its high-volume Model 3 sedan and will begin to dramatically ramp up production in efforts to meet its lofty delivery goals.