Big oil stocks are some of the most recognizable companies in energy, but they won't bring you the big-time profits you're looking for. Instead, we've got "small" oil stocks that are ready to soar by double digits in 2017 while the bloated oil giants like Exxon Mobil Corp. (NYSE: XOM) tread water.

Oil investors have been optimistic about higher oil prices since OPEC agreed to cut oil production on Nov. 30, 2016. Since then, WTI crude oil prices have jumped around 5.5%. And oil prices are up nearly 80% since hitting their 10-year low of $26.68 in January 2016. 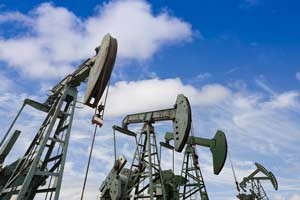 That means investing in oil is a tremendous profit play this year. And now is the perfect time to jump in before oil prices rebound.

We'll show you exactly how to do it by owning the top oil stocks and show you why avoiding Big Oil company stocks is a smart strategy...

Big Oil refers to oil companies that handle everything from oil refining to retail sales. And these Big Oil company stocks are struggling in 2017.

The reason these oil giants are struggling is simple. Moors says the oil supermajors are tied up in "megaprojects" that aren't profitable and keep them from moving capital to more profitable projects.

You see, when oil prices were over $100 a barrel, Big Oil companies had money to finance these "megaprojects." But with oil prices closer to $50 a barrel, these projects are draining money while smaller oil companies are able to act quickly and rake in profits.

For example, BP just told its investors in February 2017 that it wouldn't be profitable unless oil topped $60 a barrel.

And Chevron sunk $8 billion into its Jack/St. Malo offshore rig in the Gulf of Mexico back in 2012 when oil prices were near $100 a barrel. But when the rig was ready to produce oil in December 2014, oil prices were in a downward spiral. Crude would eventually fall to $26.68 by January 2016.

That's why Chevron was forced to unload nearly $5 billion in its Asian assets last year.

But these Big Oil companies are scrambling to free up money to invest in a place where oil profits are booming. And you can beat them there by investing in the companies already pumping oil in this area...

How to Invest in Oil for Double-Digit Profits

American shale oil is already booming this year, but the biggest profits are still on the way.

Over half of the oil reserves in the United States are in shale oil. Shale oil doesn't reside in underground wells where it's simple to pump to the surface. Instead, it's found inside rock formations and must be removed through a complicated chemical process. That process can be expensive and means shale oil usually isn't worth producing unless oil prices are expensive.

But that's not the case anymore.

The breakeven price for shale oil used to be over $60 a barrel in 2014. That put a massive strain on the industry when crude oil prices crashed between 2014 and 2016. Some shale companies were even forced out of business in 2016.

Now, shale producers are back with a vengeance. As oil prices fell, these oil companies improved their processes and were able to lower their costs. The breakeven price for the biggest shale regions in the United States is now below $40 a barrel.

And now that oil prices are on the rise again, U.S. shale production is booming.

U.S. oil production has grown 4% so far this year. And last Friday, the Baker Hughes Inc. (NYSE: BHI) rig count showed the United States added 21 rigs since the previous week. The U.S. now has its most rigs since September 2015.

Higher oil prices will see that production continue to increase, but there's more reason for optimism.

The Trump administration is the most oil-friendly administration in office in recent history. That's led to President Trump moving to lift restrictions on domestic oil and gas production. One of his first executive orders was to end a rule that required American oil companies to disclose payments made to foreign governments.

But President Trump has also placed former Oklahoma Attorney General Scott Pruitt in charge of the EPA. Pruitt made waves with his string of lawsuits against the EPA on behalf of the oil industry when he was attorney general. And now he's pledged to use his position running the EPA to limit environmental regulations to help the oil industry.

That means American shale companies will see their costs fall even further.

And that's why Big Oil companies are racing to get into shale oil. Exxon Mobil just bought nearly $6 billion worth of holdings in the Permian Basin in Texas.

But you can beat Big Oil to the profits by investing in the shale oil companies already raking it in, including one stock that analysts expect to rise up to 25% this year. And we think that's a conservative estimate.

Here are the best oil stocks to buy to take advantage of the new American shale boom...