This fact was confirmed last Thursday (Aug. 24), when national defense and nuclear non-proliferation experts met to discuss how Washington should move further with the North Korea crisis.

A large part of the debate focused on where the U.S. government had failed in recent years – particularly under former President Barack Obama… 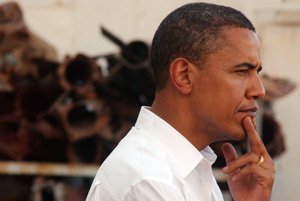 Last week's lecture, hosted by the Foundation for the Defense of Democracies in Washington, D.C., first featured former U.S. assistant Secretary of State for Democracy, Human Rights, and Labor Tom Malinowski. Malinowski served in the White House for the last three years of the Obama administration.

Malinowski was quick to criticize the failure on the Obama administration's part – especially with its "strategic patience" policy.

"We used to trot out phrases like 'strategic patience' all the time, and then we'd giggle about it behind closed doors because these phrases don't mean anything," Malinowski said, according to The Daily Caller on Aug. 25.

By and large, Obama's "strategic patience" policy subverted the policies enacted by his predecessors by refusing to offer North Korea incentives to return to the negotiating table.

Obama wasn't without his reasons. Under Clinton and Bush, North Korea would increase its aggressive tactics until the United States agreed to aid the country in order to effectively calm it down.

"We are dealing with a nuclear power. We tried to prevent that. We failed," he said.

"By the end of his presidency, Obama understood that whatever we were doing was not working," Jonathan Pollack, senior fellow in the John L. Thornton China Center and Center for East Asia Policy at the Brookings Institution, said at last Thursday's lecture.

Indeed, earlier this month on Aug. 8, The Washington Post reported that the Defense Intelligence Agency (DIA) had determined North Korea was capable of constructing miniaturized nuclear weapons. Miniaturized nuclear weapons could be used as warheads for missiles – possibly ICBMs (intercontinental ballistic missiles). What's more, evidence suggests that Obama would have understood North Korea's potential threat as early as 2013, yet he still chose to engage in his policy of "strategic patience."

Life-Changing Profits: This investing strategy has racked up 24 triple-digit wins so far this year – and 42 in the last 12 months. To learn how to get in position for the next one, click here now…

To this point, FOX News  argued on Aug. 9 that the "DIA report represented inconvenient facts that threatened President Obama's North Korea 'strategic patience' policy – a policy to do nothing about North Korea and kick this problem down the road to the next president."

FOX's stance was based on the fact that, in a 2013 House Armed Services Committee hearing, Rep. Doug Lamborn (R-CO) inadvertently revealed unclassified material from a DIA report. According to the report, the agency had determined with "moderate confidence" that North Korea had the capability to make a nuclear weapon small enough to be launched with a ballistic missile.

FOX also alleged that "Obama officials tried to downplay the DIA assessment to prevent it from being used to force the president to employ a more assertive North Korea policy."

"One of the things I used to laugh at," the former Defense of Democracy administrator told the lecture crowd, "is that if you want to make it in foreign policy in Washington, you need to use the modifier 'strategic' before every mundane, meaningless concept."

All told, the prolonged inaction has left President Donald Trump's administration walking a fine line, as North Korea has developed nuclear weapons and ICBMs capable of delivering atomic payloads to targets in South Korea, Japan, and possibly the United States.

But Trump is taking action…

How to Make Trump's "Many Billions" Work for You

On Aug. 9, President Trump said his administration hopes to boost spending on missile defense by "many of billions of dollars" to deal with the threat of a nuclear-armed North Korea, reported The Hill on Aug. 10.

"We're going to be increasing our budget by many billions of dollars because of North Korea and other reasons having to do with the antimissile [defense system]," Trump told reporters after a security briefing with his team, according to CNBC.

There are actually two antimissile defense systems to which Trump was referring: the THAAD and the GMD.

Both of these systems have successfully completed operational test runs in recent months.

Bill, who was making prescient calls about the dangers of North Korea's weapons advancements long before the mainstream media started paying attention, first recommended the rocket engine venture as a "Buy" in 2013 – under its former name GenCorp Inc.

And it's not too late. Currently, Aerojet is working to deliver 52 THAAD interceptors to the U.S. Army between October of this year and September of next year.

And as the North Korean threat escalates, those numbers will undoubtedly rise.

For a chance to get in on Bill's perceptive defense profit plays yourself, click here.

Not true at all. Nothing USA has tried has worked yet. They got nuclear capability during Bushs watch. What has Trump done apart from shout bully rhetoric when on vacation?