The Filecoin ICO ran between Aug. 10 and Sept. 7 and raised $257 million, making it the largest initial coin offering (ICO) ever. Despite the eye-popping numbers, Filecoin is still an unproven, speculative play. In fact, you can't even buy Filecoin yet… 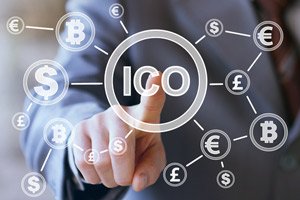 Why the Filecoin ICO Shattered Records

Filecoin caught fire with a historic ICO by coupling an innovative data storage idea to the blockchain technology.

The digital currency is trying to establish itself as a competitor to cloud storage companies like Dropbox or Google Drive. Filecoin hopes to take advantage of unused digital storage by selling Filecoin tokens in exchange for access to the unused storage space. Storage owners can earn Filecoin tokens by making their unused storage available.

In other words, Filecoin is creating a decentralized network of online storage they hope will be cheaper than other cloud storage services like its competitors. For example, Dropbox charges individuals $119.88 a year for 1TB of cloud storage and charges businesses more on a negotiable contract.

Filecoin doesn't have a set price for its storage; it says "the price of storage will be driven by supply and demand, not corporate pricing departments."

Those who participated in the Filecoin ICO either hope to take advantage of cheaper storage costs or are speculating that the demand for storage will push Filecoin prices up.

But because Filecoin held its ICO on CoinList, a host for SEC-compliant ICOs, only accredited investors were able to take part in the ICO. That means the ICO was limited to hedge funds and individuals with over $1,000,000 in net worth that have applied for accreditation.

On top of that, Filecoin ICO investors haven't even gotten any Filecoin tokens yet.

It could be six months before the ICO investors actually receive their tokens, and only then will they be able to sell them on exchanges. Instead, they received a token promising them access to Filecoin later.

That means we don't even know how much Filecoins will cost even though the ICO is over, let alone whether the project will work successfully.

And that makes Filecoin a purely speculative investment, one that's extremely risky. For that reason, we recommend avoiding Filecoin when retail investors have the opportunity to buy.

But it's still possible to profitably play cryptocurrencies for triple- or even quadruple-digit profits, and you won't need to speculate on the next crypto ICO either…

The Best Way to Profit from Cyrptocurrencies Today

If you're interested in getting into the cryptocurrency market, Bitcoin is your best play. And don't worry, just because its price skyrocketed since its inception doesn't mean there aren't huge profits ahead.

Bitcoin is the most well-known cryptocurrency, and its returns for early owners have been astounding. As noted above, the currency's price skyrocketed over 16,000% between 2012 and 2017. But that doesn't mean it can't go even higher…

Bitcoin could reach a price of $1,000,000, according to Money Morning Cryptocurrency Expert Dave Zeiler.

That price might sound incredible, but there's a straightforward scenario that could easily make it happen.

In fact, in 2010, an early Bitcoin miner traded 20,000 bitcoins for two pizzas. He was trying to see if he could exchange bitcoins for goods. His experiment worked, but those same Bitcoins would be worth over $85 million today.

While crypto traders are hoping this sort of explosive growth will happen with another coin, Bitcoin could actually do it again if this scenario plays out.

"This actually has a realistic chance of happening," according to Dave.

Pot Stocks Creating Historic Cash Windfalls: The $6.7 billion legal marijuana market is estimated to top $35 billion by 2020. And a few dozen tiny stocks are set to deliver potentially once-in-a-lifetime windfalls. As a service to Money Morning readers, we're now making available our 89-page cannabis investing guide, The Roadmap to Marijuana Millions. This "bible of weed investing" features the absolute top 30 pot stocks in edibles, dispensaries, biotech, and more – all of which could make you a fortune. Click here to reserve your copy now!

Unfortunately, you're analysis of FileCoin as a "speculative" crypto investment, with questionable vale and wherein investors can not assess the value of their tokens because: a) they don't yet exist; and b) they will not be made available for at least 6 months, describes practically every cryptocurrency's early stage ICO, including those recommended recently by Agora Financial's Cyrpto Alert.

Almost all ICO funds are used to develop the underlying blockchain platform and technical infrastructure it seems, so again, doesn't your analysis of Filecoin then apply to virtually all Cryptocurrencies? I would have liked to see some real analysis here. I suspect, like many investors, I'd prefer more mention of the real merits of a new token including a synopsis of white paper data. We've all heard the Bitcoin-Pizza story a thousand times. Enough already.

thanks for your great information

Actually, Filecoin serves to monetize the already successful IPFS protocol (from the white paper: "Filecoin works as an incentive layer on top of IPFS"). This team built a functioning, open source distributed cloud storage system *before* launching this ICO to grow the network.

Storj also deserves mention here. Then again, Filecoin has already raised more than the entire market capitalization of STORJ. This is a next generation internet technology with the potential to disrupt the cloud storage marketplace. I'd say, pay attention.

Looing for a cryptopia pump and dump? Join us !