Finding the best marijuana stocks to watch isn't easy with all the choices out there. Marijuanastocks.com lists 96 securities right now, and that number is sure to soar as legalization legislations continue to pass in the United States. 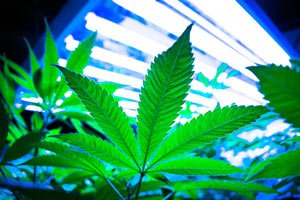 Most pot stocks are penny stocks, which are notoriously volatile. Cannabis is also still illegal under federal law, making these speculative investments.

However, we want our readers to know which marijuana penny stocks bear watching in October because of their long-term profit potential.

And the first one on our list for October is Hemp Inc. (OTCMKTS: HEMP)...

Marijuana Stocks to Watch in October, No. 3: Hemp Inc.

On Sept. 21, 2017, Hemp Inc. announced it entered into an agreement with One Step Vending Corp., a self-serve vending specialist.

Per the agreement, Hemp Inc. will create a unique, hemp oil-based consumer product for One Step to sell through its existing micro markets and kiosks across the country.

Hemp Inc. CEO Bruce Perlowin said the partnership could lead to "huge economic opportunities" for his company and One Step Vending, according to MarijuanaStocks.com.

And Perlowin is spot on about the profit opportunity...

You see, hemp is used to make cannabidiol (CBD) oils, which are being researched because of their potential anti-inflammatory and medicinal uses.

The CBD market is expected to grow from $202 million in 2015 to $2.1 billion by 2020, according to market intelligence firm Hemp Business Journal.

But as the company makes more deals that could increase revenue, owning shares of HEMP could be profitable in the long term for patient shareholders.

Now, as promised, here are the two other marijuana penny stocks on our watch list for October...

Alright it sounds like green rush going to sky rocket and the little business to behind and loose .millions ….(thats what think).

Thanks for the info.

How much is it to get in?

If anyone is interested Terra Tech is planning on doing a reverse stock split.

i want to invest $500. which company should I invest with