Periodically we update you on our latest best stocks to buy now - stocks our experts have named good buys. This edition brings you five picks that have an established track record and also give you access to the most exciting new trends of the future. So they can provide profits for years - even generations - to come. 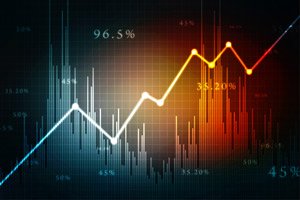 Best Stocks to Buy Now No. 1: This Company Predates the Car by 50 Years, but Is Leading the Charge to Autonomous Vehicles

Driverless transportation is the most highly anticipated technology in the world right now. But you might not realize that it has already arrived.

"We kind of laugh when we see news stories about self-driving cars, because we've had that for years," Jason Poole told The Washington Post in 2015.

Poole owns a small family farm in Kansas. Thanks to driverless technology, he doesn't have to spend hours on a tractor. Instead he drives the first curved row on the hilly terrain - to teach the lay of the land - and then lets the machine do the rest.

It's Deere & Co. (NYSE: DE), owner of the iconic John Deere brand. Founded in Illinois in 1837, Deere has spent the last 20 years positioning itself as a leader in autonomous vehicles.

Lawnmowers and tractors that drive themselves are just the beginning. Some of Deere's vehicles have the ability to collect information about production and soil quality and make adjustments to changing crop conditions. And thanks to a new acquisition, they'll soon even be able to identify and target weeds.

Earlier this year, Deere bought Silicon Valley-based Blue River Technology for $300 million. Blue River's artificial intelligence saves farmers money by allowing them to only use herbicide where it's needed and also equips machines to perform crop analysis and perform routine physical tasks on the farm.

Shares have risen 50% over the last year as Deere has beaten earnings expectations in each of the last four quarters. It's already up 9% since Michael recommended it on Sept. 13, so if you want to get in on the driverless vehicle revolution, snatch up this stock as soon as you can.

Deere isn't the only company in the robotics and automation field that Michael is excited about. Check out some of his other favorites, including Apple's key supplier of vision sensors, here.

Best Stocks to Buy No. 2:  While Other Apparel Companies Languish, This Former Mom-and-Pop Hat Shop Can Weather the Storm

Retailers have been forced to close thousands of stores this year in the United States, thanks to the Amazon effect. And Business Insider reported in April that the Retail Ice Age has been weighing on the fashion industry as well, as brands like The Limited, Guess, and American Apparel have struggled to stay afloat.

Of course, you wouldn't know it from looking at our second pick.

Industry headwinds haven't been strong enough to overcome this stalwart. This 80-year-old apparel company has managed to beat earnings expectations for 18 consecutive quarters and is on pace to grow earnings by a healthy 3.3% in 2017.

Im looking for a small mining company to invest in that is about 50 cents at the moment, I just want to know the name or ticket for it on the stock exchange