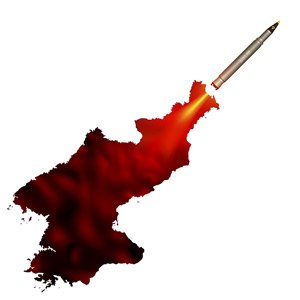 It was at this particular location that the Hermit Kingdom carried out the strongest of its six nuclear tests about two months ago, on Sept. 3, claiming to have launched a hydrogen bomb. The explosion caused a 6.3 magnitude earthquake.

The United Nations (UN) responded to the test on Sept. 11 by imposing fresh sanctions on the rogue state.

Then, on Tuesday, 200 North Koreans were reported killed at Punggye-ri when part of a mountain top collapsed into an underground tunnel below.

This latest news out of Pyongyang confirms that its authoritarian leader, Kim Jong Un, remains steadfast in his nuclear ambitions, casualties and sanctions be damned.

And while there's not yet been an official reaction or statement made by the U.S. government or the UN in response to this news of detected activity, they're certainly already aware that Pyongyang will continue its weapons testing in the days and months to come.

Also according to Yonhap today, South Korea's National Intelligence Service claimed that "the North will carry out additional nuclear tests and will continue to push for the development of miniaturized, diversified nuclear warheads."

Indeed, perfecting a miniaturized nuclear warhead is the last piece needed for Kim Jong Un to complete his atomic puzzle.

We already know he has the warhead. The U.S. Defense Intelligence Agency confirmed as much on Aug. 8. Still, the rogue regime has yet to successfully test one.

Yesterday, the White House stated that North Korea will be at the top of President Trump's agenda during his 12-day trip, reported CNBC.

In particular, the president is expected to focus on pressuring China - North Korea's top trading partner - during his diplomatic stay. Trump is even prepared to threaten consequences if Beijing does not agree to impose harsh limits on oil and coal exports to Pyongyang, reported FOX News Wednesday.

"Behind the scenes, Trump may also insist that the Chinese work to convince the North Korean government in Pyongyang to open nuclear disarmament discussions with Washington," the media site added.

A North Korean missile launch would inject immense pressure and urgency into these talks, which would almost certainly yield more conflict than resolution.

And we'll have all the updates for you as that conflict unfolds...

Timing is the best offense; so not to become a total loser!