The Dow Jones today is climbing thanks to the passage of the tax reform bill and a short-term spending bill to avoid a government shutdown.

Dow Futures are up six points ahead of today's trading session. After the U.S. Senate avoided a government shutdown on Thursday night, expect traders to begin setting their positions for 2018. If you're looking for a once-in-a-lifetime profit opportunity next year, click here... 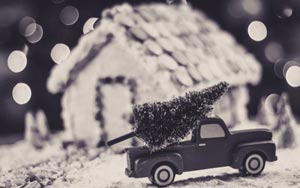