Editor's Note: With extreme volatility hitting the markets this week, we're providing Money Morning Members with key insight from Chief Investing Strategist Keith Fitz-Gerald. Here's what to do when the market gets jitters...

We're expecting another day of volatility in the Dow Jones today as the markets round out a wild week of trading. However, smart traders are going to play the fallout from this market correction for profit...

Dow futures showed signs of recovery after moving into correction territory in late trading yesterday. This was largely in response to congressional efforts to avoid a government shutdown.

Congress' slow progress on passing a new funding bill led to a government shutdown at midnight on Thursday. However, both Chambers of Congress passed a new bill in the early morning hours to keep the government open for another two years.

Market volatility is scary… and we’ve got the perfect solution. Click here and sign up for our Stock Market Crash Insurance alerts to receive free, real-time updates on how best to protect your money. 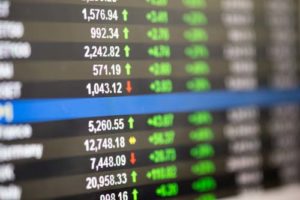 Up Next: It Only Takes 10 Minutes per Week to Double Your Way to $1 Million

This extraordinary money-doubling strategy has the power to profoundly impact your financial future.

You don’t need any special training… any insider knowledge of the markets… or any exceptional skills.

In fact, all you need is a computer or smartphone and just 10 minutes of “work” to potentially put $1 million in your bank account faster and easier than you ever dreamed.