The Dow Jones today projected a 98-point gain this morning after falling 171 points in the wake of U.S. Secretary of State Rex Tillerson's resignation yesterday. As markets regain their footing, investors are anticipating strong earnings growth from a flurry of earnings reports due out today.

Despite turmoil in Washington, Money Morning Technical Trading Specialist D.R. Barton, Jr., thinks the market is set for strong gains for the foreseeable future. Here's how we're setting ourselves up for profit...

Critical: A tiny company's revolutionary device has just been approved by the FCC, and even a small stake could reward you with astronomical gains. Find out how to take advantage of this ground-floor profit opportunity... 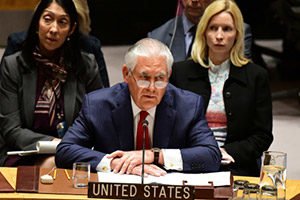