Editor's Note: Before today's morning market update, I wanted to make sure you didn't miss this profit opportunity we're bringing readers today. One recent stock just received a rare "double-upgrade" from Wall Street, meaning this stock is on the verge of soaring…

The Dow Jones today traded over 100 points lower in pre-market trading as investors eyed this week's meeting of the Federal Reserve Open Market Committee. The U.S. Federal Reserve is expected to announce this year's first interest rate increase during the meeting – a move that is likely to increase market volatility. 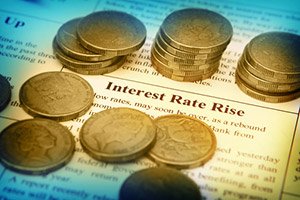