Editor's Note: By now, I'm sure you've heard about the profit opportunities created by U.S. President Donald Trump's steel tariffs. Well, Money Morning Director of Technology & Venture Capital Research Michael Robinson has found a company that will have a far greater impact on the steel industry than tariffs ever will. This tech firm is revolutionizing steel production and making a killing in the process....

The Dow Jones today traded lower in pre-market trading as investors awaited an announcement from U.S. Federal Reserve Chair Jerome Powell on interest rates. Markets are anticipating that the Fed will increase the benchmark rate and set a pace for up to four rate hikes in 2018.

While the Fed's interest rate decision is likely to rattle the markets, Money Morning Resource Specialist Peter Krauth believes that Powell's announcement is sure to boost gold prices in 2018. Here's why... 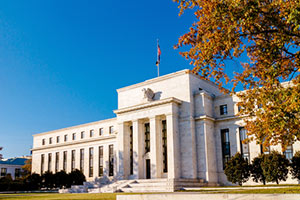